Show of hands – who here thinks Sunshine Week marks the horrible time of year we drag ourselves out of bed after “losing” an hour of sleep with the change to Daylight Saving Time? Okay, sorry, those of you with your hands up, put them down, you’re wrong.  Sunshine Week is actually a national initiative designed to promote a dialogue about the importance of open government and freedom of information.  Started in 2005, Sunshine week is celebrated annually in March and coincides with National FOIA Day and James Madison’s birthday.

There are a variety of events held all over the country during Sunshine Week , a round up of which can be found at the Sunlight Foundation site. That said, to participate, you don’t need to attend an event, all that’s required is that you do something to engage in a discussion about the importance of open government. Check out Sunshine Week’s Local Heroes to see examples of what other folks have done to engage in the conversation. 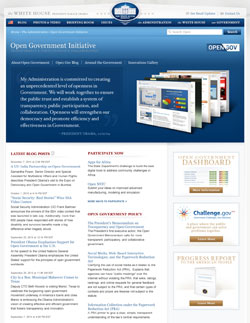