Update: In a post  I wrote on collaborative democracy back in April, I mentioned that our friend Mary Minow had recently traveled to Sacramento to voice her support for California Senate Bill (“SB”) 445. The Bill, which increases privacy protections for library patrons by amending the California Public Records Act, was Mary’s idea and one which she submitted as a part of a “There Oughta be a Law” contest.  As a contest winner, Mary’s bill was introduced by California State Senator Joe Simitian in Feburary, 2011. I’m happy to report that SB 445 was signed into law by Governor Brown a few weeks ago. 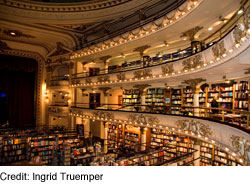 Last month, I mentioned that Justia friend Mary Minow had testified before the California State Senate on Senate Bill (“SB”) 445, which proposes enhanced privacy protections for public library patrons. In yet more news concerning California reader privacy, the State Senate on Monday approved SB 602, the California Reader Privacy Act. This bill will protect consumers against unwarranted searches of records related to book purchases. While you can probably already guess that the bill covers works in both paper and digital format, of note is how “book” is defined in the bill. As Sonya Ziaja notes in her post linked below, “Under this [new] definition, news articles, blogs, magazines, and potentially some websites could all be considered “books.” This would mean that “book providers” could include LexisNexis, Google Reader, Amazon and your local bookstore.”

SB 602 now heads to the California Assembly for consideration.