President Obama issued an executive order last month calling on the federal government to open access to public documents by making them “open and machine readable.” He called on government information to be “managed as an asset throughout its life cycle to promote interoperability and openness, and, wherever possible and legally permissible, to ensure that data are released to the public in ways that make the data easy to find, accessible, and usable.”

Well, I can think of a huge dataset waiting to be opened: case law from the US Federal District and Appellate Courts. Right now, some of the case law is published in slip format (the unofficial decision) in FDSys. It is machine readable, and contains metadata – both good things, consistent with this directive. However, it’s not official. If we are to take the White House mandate seriously, the official, published case law (issued by a private publisher), should be hosted in FDSys. This would make it “usable” under the Order.

In support of this move, President Obama references the release of government GPS and weather data, which encouraged entrepreneurs to create applications and tools of value to the American people. 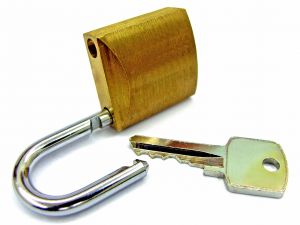 Two legislative crowdsourcing efforts came across my desk today: OpenPACER and Fork the Law. I love the idea of collective effort to make laws.

The government has tried this to some extent with Regulations.gov. There, you can sort, view, and comment on proposed regulations. An even better iteration of this is GovPulse, a site that was created in the private sector to categorize and search proposed regulations. GovPulse encourages users to comment and contact their representatives, but it’s not an official comment site.

OpenPACER and Fork the Law are something entirely new, however. They are created by citizens for citizens in order to change the law. If you’re reading this blog, you probably already know about PACER and efforts underway to eliminate the paywall. The folks at RECAP (a PACER recycling tool) have started OpenPACER to solve this problem legislatively. You know that saying “There ought to be a law?” – well, OpenPACER is acting on that by proposing legislation to “provide free and open access to electronic federal court records.”

A heads up to all our Free Law Friends that next week is the 6th annual Open Access Week (October 22 – 28).  Appropriately, it will be celebrated “everywhere”.  Check out the Open Access site to see a full list of 2012 events.  In our own backyard there will be workshops, seminars, and panel discussions at UC Berkeley, UC Davis and UC Santa Cruz.

I want to follow up on a previous post I wrote back in October that, in part, discussed open access in scholarship and The Durham Statement.  As a reminder, and for those of you who might be new to this party, The Durham Statement, “calls for all law schools to stop publishing their journals in print format and to rely instead on electronic publication coupled with a commitment to keep the electronic versions available in stable, open, digital formats.”

An article was published recently as a part of The University of Georgia Law School Research Paper Series, “Citation Advantage of Open Access Legal Scholarship,” which helps to further promote the proposition that opening up this secondary source material in digital format provides real benefits. Not only does this advance the greater philosophical principals of knowledge as a human right and a public good, but open access can positively impact the work and reputation of law faculty by supporting their professional goals to get their work published and, more specifically, cited, which is now a common benchmark used in tenure review. 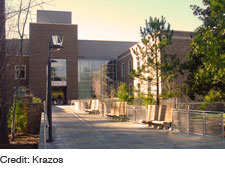 Part of our work here at Justia is the promotion of  “free law,” through which we’ve had the opportunity to engage in projects and partnerships that support free online access to primary and secondary source legal materials for legal practitioners and lay people alike.  In that regard, we were excited to participate in the many Law.gov work shops put together by Carl Malamud at Public.resource.org held all over the United States earlier in the year.  We have also been introduced to some cool librarians who are increasing open access to legal scholarship by creating and promoting The Durham Statement which, “calls for all law schools to stop publishing their journals in print format and to rely instead on electronic publication coupled with a commitment to keep the electronic versions available in stable, open, digital formats.”

This week, Duke University will host a one-day work shop co-sponsored by the J. Michael Goodson Law Library at Duke Law School, the Center for the Study of the Public Domain and Harvard Law Library titled  Implementing the Durham Statement:  Best Practices for Open Access Law Journals. The work shop, primarily aimed at student law review editors, law librarians, law review advisers, and publishers (but also for anyone interested in open access and legal publishing) will cover issues and best practices for law journals to consider as they migrate to electronic publishing.  While registration for the conference is now closed, we encourage you to watch the free live web cast of the proceedings on Friday, October 22nd.  You can also post comments or questions remotely, some of which moderators will share with the participants.  For those of you unable to catch the live web cast, the proceedings will also be archived and posted online.