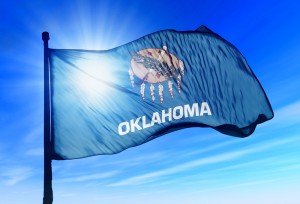 HT to Professor Peter Martin who posts in his blog, Citing Legally, the news that, as of January 1, 2014, “sixty years after the Oklahoma Supreme Court designated the West Publishing Company as the ‘official publisher’ of its decisions, it [has] revoked that designation.”  Going forward, the electronic versions of Oklahoma appellate court decisions rendered after January 1st and posted on the State’s Court Network are now deemed “official.”  Read more of Professor Martin’s post here.  Way to go Oklahoma — You’re O-K!

Last week, the State of Oklahoma held a referendum on the use of Sharia Law by the Oklahoma state courts. The referendum garnered 70.08% of the vote, with 695,650 people voting for and 296,944 voting against the proposal. The ballot to State Question No. 755 read as follows:

The law of nations is formed by the general assent of civilized nations. Sources of international law also include international agreements, as well as treaties.

Sharia Law is Islamic law. It is based on two principal sources, the Koran and the teaching of Mohammed.