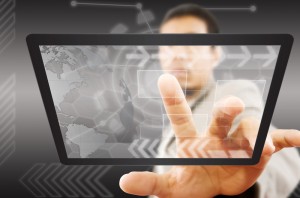 Yesterday, Santa Monica company EMG Technology, LLC filed a lawsuit against Google Inc. in the U.S. District Court for the Eastern District of Texas, alleging a patent violation. According to the complaint, Google’s Chrome Mobile browser infringes on United States Patent No. 7,441,196, entitled “Apparatus and Method of Manipulating a Region on a Wireless Device Screen for Viewing, Zooming and Scrolling Internet Content.”