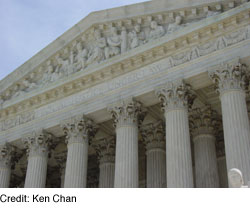 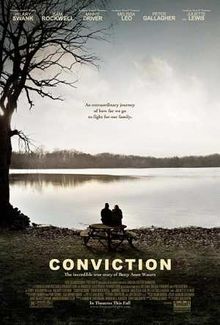 “Conviction” tells a compelling tale of the love that siblings can have for one another, and the lengths to which some families will go to seek justice for their kin. This legal drama draws you into the movie from the outset, making you feel that you should have served on the legal team for Kenny Waters. Sam Rockwell, who plays Kenny, deftly portrays the wide range of emotions experienced by a person who has been wrongfully convicted of murder.

The opening of the film aptly sets the scene. The camera pans inside a trailer home with blood-stained walls depicting raging violence. We soon learn that the victim’s murderer brutally stabbed her more than 30 times. While chopping firewood for his grandfather, Kenny is soon accused by a local police officer of brutally murdering his neighbor.