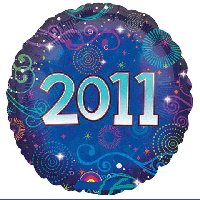 2010 was a busy legal year, especially for free law advocates.  Here are some of Justia’s legal predictions for 2011:

Great news, friends! Starting in 2011, Public.Resource.Org will release a Report of Current Opinions (RECOP) on a weekly basis. The Report will include a FREE HTML feed of ALL slip and final opinions from the appellate courts of the 50 states and the federal government. The feed will be available for reuse under a CC CC-Zero license, and will include page numbers. For more details, read Carl Malamud’s announcement on O’Reilly Radar. This is one of the major projects that Public.Resource.Org has undertaken since being awarded the Google 10^100 Grant in September.

To quote the Google announcement 🙂 As many of you know (at least those in the Open Government & Law Groups), Free Public Information Hero Carl Malamud and Public.Resource.org have been working to get state codes, building codes, electrical codes and other state and city codes online for free… sort of a virtual city of free codes.

You can, right now, download these codes here on Public.Resource.org or through the Internet Archive. As a California bonus, you can also download the California Code of Regulations.

Hi Friends,
Oregon’s Legislative Counsel Committee had a meeting this morning to discuss the copyright claim on the Oregon Revised Statutes. After taking legal counsel from Dexter Johnson, talking with Karl Olson, Carl Malamud, three Oregon citizens and myself, they unanimously voted to not to enforce any copyright claims on the Oregon Revised Statutes. This is great!!! As public domain information hero Carl Malamud is working on getting case law online and into the public domain (we have helped a bit :). Carl, donors, and the Public.Resource.org team have done a lot and… more to come…

Carl Malamud and the team at Public.Resource.org with Larry Lessig and the Creative Commons gang got the FastCase deal done and the case law online. The cases include all of the Federal Court of Appeals decisions since 1950, and all of the US Supreme Court decisions.