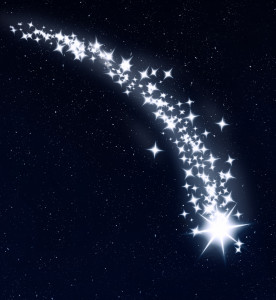 Plaintiffs, small business owners, filed a class action suit alleging that Yelp, an online forum, extorted or attempted to extort advertising payments from them by manipulating user reviews and penning negative reviews of their businesses. Plaintiffs filed suit against Yelp for violations of California’s Unfair Competition Law (UCL), Cal. Bus. & Prof. Code 17200 et seq.; civil extortion; and attempted civil extortion. The district court dismissed the suit for failure to state a claim. The court concluded that Yelp’s manipulation of user reviews, assuming it occurred, was not wrongful use of economic fear, and that the business owners pled insufficient facts to make out a plausible claim that Yelp authored negative reviews of their businesses. Therefore, the court agreed with the district court that these allegations did not support a claim for extortion. The court held that, to state a claim of economic extortion under both federal and California law, a litigant must demonstrate either that he had a pre-existing right to be free from the threatened harm, or that the defendant had no right to seek payment for the service offered. Given these stringent standards, plaintiffs failed to sufficiently allege that Yelp wrongfully threatened economic loss by manipulating user reviews. None of the business owners have stated a claim of “unlawful” conduct on the basis of extortion. Therefore, the court dismissed the separate claims of civil extortion and attempted civil extortion. Further, plaintiffs’ UCL claim failed under the “unfair” practices prong. Accordingly, the court affirmed the judgment of the district court.

The Indiana Right to Work Act became law in 2012 and provides that: A person may not require an individual to:  Become or remain a member of a labor organization; Pay dues, fees, assessments, or other charges of any kind or amount to a labor organization; or Pay to a charity or third party an amount that is equivalent to or a prorate part of dues, fees, assessments or other charges required of members of a labor organization as a condition of employment or continuation of employment, IND. CODE 22‐6‐6‐8. Section 3 clarifies which substantive provisions of the Act are to be construed to apply to the building and construction industry; Section 13 provides that Sections 8‐12 of the Act apply prospectively. The Union filed suit, claiming that the Act violated the U.S. Constitution and the Indiana Constitution and that the National Labor Relations Act (NLRA), 29 U.S.C. 151, preempts sections 8(2)–(3) and 3(2)–(3) of the new legislation. The district court dismissed. The Seventh Circuit affirmed, finding that the legislation is not preempted by the scheme of federal labor law and does not violate any constitutional rights.

Defendants–Appellants Abercrombie & Fitch Co., Abercrombie & Fitch Stores, Inc., and J.M. Hollister LLC, d/b/a Hollister Co. (collectively, Abercrombie) appealed several district court orders holding that Hollister clothing stores violated the Americans with Disabilities Act (ADA). Plaintiff–Appellee Colorado Cross-Disability Coalition (CCDC) is a disability advocacy organization in Colorado. In 2009, CCDC notified Abercrombie that Hollister stores at two malls in Colorado violated the ADA. Initial attempts to settle the matter were unsuccessful, and this litigation followed. Abercrombie took it upon itself to correct some barriers plaintiff complained of: it modified Hollister stores by lowering sales counters, rearranging merchandise to ensure an unimpeded path of travel for customers in wheelchairs, adding additional buttons to open the adjacent side doors, and ensuring that the side doors were not blocked or locked. However, one thing remained unchanged: a stepped, porch-like structure served as the center entrance at many Hollister stores which gave the stores the look and feel of a Southern California surf shack. The Tenth Circuit affirmed in part and reversed in part the district court’s judgment, affirming the court’s denial of Abercrombie’s summary judgment motion and certification of a class. However, the Court reversed the district court’s partial grant, and later full grant of summary judgment to plaintiffs, and vacated the court’s permanent injunction: “each of the district court’s grounds for awarding the Plaintiffs summary judgment [were] unsupportable. It was error to impose liability on the design of Hollister stores based on ‘overarching aims’ of the ADA. It was also error to impose liability based on the holding that the porch as a ‘space’ must be accessible. Finally, it was error to hold that the porch must be accessible because it is the entrance used by a ‘majority of people.'”

Tex. R. Civ. P. 202 allows a “proper court” to authorize a deposition to investigate a potential claim before it is filed. In this case, “the Trooper,” an anonymous blogger, launched an online attack on The Reynolds & Reynolds Co. and its chairman (collectively, Reynolds). To discover the Trooper’s identity, Reynolds filed a Rule 202 petition in the Harris County district court seeking to depose Google, Inc., which hosts the blog, and requesting that Google disclose the contact information of the owner of the blog website. Reynolds stated that it anticipated the institution of litigation against the Trooper. The Trooper opposed Reynolds’ petition, arguing that because he did not have minimal contacts with Texas sufficient for a Texas court to exercise personal jurisdiction over him, there was no “proper court” under Rule 202 to order a deposition to investigate a suit in which he may be a defendant. The trial court ordered that Google be deposed. The Supreme Court conditionally granted the Trooper’s petition for writ of mandamus and directed the trial court to vacate its order, holding that the trial court’s order exceeded its authority under Rule 202 because a “proper court” must have personal jurisdiction over the potential defendant.