Lodge No. 5 of the Fraternal Order of Police v. City of Philadelphia, US 3rd Cir. (8/18/14)
Communications Law, Constitutional Law 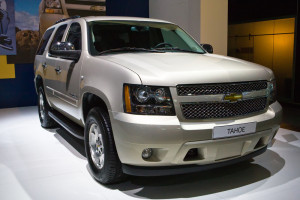 The Fraternal Order of Police (FOP), an incorporated collective bargaining organization that represents the approximately 6,600 active police officers employed by the Philadelphia, operates a political action committee, COPPAC, for purposes of distributing contributions to candidates for local and state office. FOP, COPPAC, and four police officers challenged the constitutionality of section 10-107(3) of the Philadelphia Home Rule Charter, which prohibits employees of the Philadelphia Police Department from making contributions “for any political purpose,” 351 Pa. Code 10.10-107(3). The provision was enacted in 1951, based on Philadelphia’s history of political patronage. As interpreted by its implementing regulation, employees of the police department cannot donate to COPPAC because it uses some of its funds for partisan political purposes. The Charter ban applies only to the police, and does not proscribe political donations made by Philadelphia’s other 20,000 employees, the vast majority of whom are organized interests. The Third Circuit reversed summary judgment upholding the ban. Despite its valid concerns, the city did not explain how the ban serves in a direct and material way to address these harms. Given the lack of fit between the stated objectives and the means selected to achieve it, the Charter ban is unconstitutional.

Plaintiff filed suit on behalf of himself and a putative class of consumers whose Touchpad orders had been cancelled, alleging that Barnes & Noble had engaged in deceptive business practices and false advertising. On appeal, Barnes & Noble challenged the district court’s denial of its motion to compel arbitration against plaintiff under the arbitration agreement contained in its website’s Terms of Use. The court held that there was no evidence that the website user had actual knowledge of the agreement. The court also held that where a website makes its terms of use available via a conspicuous hyperlink on every page of the website but otherwise provides no notice to users nor prompts them to take any affirmative action to demonstrate assent, even close proximity of the hyperlink to relevant buttons users must click on – without more – is insufficient to give rise to constructive notice. Therefore, the court concluded that there is nothing in the record to suggest that those browsewrap terms at issue are enforceable by or against plaintiff, much less why they should give rise to constructive notice of Barnes & Noble’s browsewrap terms. In light of the distinguishing facts, the district court did not abuse its discretion in rejecting Barnes & Noble’s estoppel argument. Accordingly, the court held that plaintiff had insufficient notice of Barnes & Noble’s Terms of Use, and thus did not enter into an arbitration agreement. The court affirmed the judgment of the district court.

Appellant was stopped by police officers while driving in a 2003 Chevy Tahoe on suspicion that he did not have a valid driver’s license. Appellant was subsequently issued a traffic citation. The officers proceeded to conduct an inventory search of the Tahoe and found 225 grams of methamphetamine. The officers then searched Appellant and found $611 in cash. Appellant was charged with first-degree possession of a controlled substance. The vehicle and cash were seized, and Appellant was served with notice and intent to forfeit the seized property. Appellant filed a civil complaint demanding a judicial determination of forfeiture, arguing that the Fourth Amendment exclusionary rule applies to civil forfeiture actions and that the evidence supporting forfeiture was illegally obtained and must be suppressed. The district court granted summary judgment for the County. The court of appeals affirmed, concluding that the Fourth Amendment exclusionary rule does not apply to civil forfeiture actions. The Supreme Court reversed, holding (1) the exclusionary rule is applicable to civil forfeiture actions brought under Minn. Stat. 609.531-.5319; and (2) Appellant had standing to challenge the forfeiture of the vehicle and cash. Remanded.