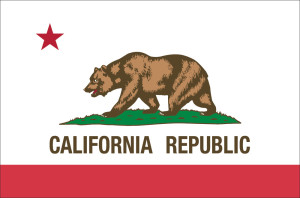 This week, a federal judge in the U.S. District Court for the Central District of California issued a ruling that California’s death penalty is unconstitutional.  Read Courtney Minick’s analysis of the opinion on Justia’s Verdict: Federal Judge Strikes Down California Death Penalty: What This Could Mean for California.

Digital image processing involves electronically capturing an image of a scene with a “source device,” such as a digital camera, altering the image in a desired fashion, and transferring the altered image to an “output device,” such as a color printer. According to the 414 patent, all imaging devices impose some level of distortion on color and spatial properties because different devices allow for slightly different ranges of colors and spatial information to be displayed or reproduced. Prior art attempted to correct distortions using device-dependent solutions that calibrate and modify the color and spatial properties of the devices and device independent solutions that translate an image’s pixel data from a device dependent format into an independent color space, which can then be translated to output devices at a reduced level of distortion. The patent expands the device independent paradigm to disclose an improved device profile that includes both chromatic characteristic information and spatial characteristic information. Digitech filed infringement suits against 32 defendants. The district court found that all of the asserted claims were subject matter ineligible and invalid under 35 U.S.C. 101: the device profile claims are directed to a collection of numerical data that lacks a physical component or physical manifestation and the asserted method claims for generating a device profile encompass the abstract idea of organizing data through mathematical correlations. The Federal Circuit affirmed.

The appellate counsel of Defendant, a prisoner under a sentence of death, requested that the Supreme Court depart from its established procedure for requiring counsel to proceed with diligent appellate advocacy during mandatory review in death penalty cases where the defendant expresses a desire to be executed. Defendant in this case wished to argue in favor of the death sentence. Under Rule 4-1.2(a) of the Rules Regulating The Florida Bar, a lawyer is required to abide by her client’s decisions concerning the objectives of representation. Appellate counsel sought an order permitting him to withdraw from representation to avoid an alleged violation of his ethical responsibility to his client. The Supreme Court denied current counsel’s motion to withdraw, holding that there was no ethical violation in requiring counsel to continue to prosecute this appeal for the benefit of the Court in meeting its statutory and constitutional duties.

This case concerned the effect of the 2008 ballot initiative decriminalizing possession of one ounce or less of marijuana on police authority to conduct warrantless searches of vehicles resulting from the odor of unburnt marijuana. Defendant’s vehicle was searched based solely on the odor of unburnt marijuana emanating from the vehicle. Defendant was subsequently charged with various drug- and firearms-related offenses. A municipal court judge ultimately allowed Defendant’s motion to suppress the fruits of the search. The Supreme Judicial Court affirmed the order allowing the motion to suppress, holding (1) the search of Defendant’s vehicle was not justified as a search incident to arrest; (2) the search was not permissible on the basis that it was to “prevent the defendant from smoking marijuana while driving”; and (3) absent articulable facts supporting a belief that defendant possessed a criminal amount of marijuana under state law, the search was not justified by the need to search for contraband under federal law.