Google and the Right to Be Forgotten

Google has provided an FAQ on its procedures for complying with the Court of Justice of the European Union ruling. Persons seeking to remove results about themselves have to complete a form with their name, the URL they want removed, and a reason justifying the removal. If Google receives a request to remove certain search results, it also notifies the webmaster of the affected webpage.

Justia received one such notification last week regarding the California Court of Appeal decision in Guardianship of Ethan S., 221 Cal. App. 3d 1403 (1990), which was a guardianship and parentage case between the father of a child and a man who was the husband of the mother of the child at the time the child was conceived and born.

Google Does Not Remove the Webpage From Its Search Results

To be clear, if you search for Guardianship of Ethan S in Google or Google UK, the court opinion from the Justia website appears in the search results. I’m using Google UK instead of Google Spain just to avoid translation issues, but the European censorship rules affects both websites. So, under European privacy rules, a webpage does not disappear entirely from the search results.

Tracing the Source of the Removal Request

Since the removal request is specific to an individual, one can try to identify the person through a process of elimination. A search for the mother on Google and Google UK yields similar results. So, not all name searches associated with a URL will be censored.

A search for the father does reveal this disclosure: “Some results may have been removed under data protection law in Europe. Learn more.” Knowing this, we can test the parameters of the Google ban. A last name search alone does not trigger the warning.

Is the Removal Over-inclusive?

Technically, the European censorship rule should only apply to a “search on the basis of the data subject’s name.” However, as seen above, a first name or last name search in combination with another keyword can trigger the warning.

For example, a search for the last names of two unrelated people, the appellant and one justice, triggered the warning, as does a search for the first name of the half-brother and the last name of an attorney. The cautionary lesson here is that just because a name search triggers the disclosure, such as for common name Ezra Smith, the removal could be for an entirely different person. It doesn’t mean that Ezra Smith had submitted a removal request for a page containing his name.

Since Google places the removal notices on partial name matches, it might cast suspicion on wholly innocent parties. For example, if someone was searching for Ezra Smith, they would see the removal notice even though the page was removed at the request of an entirely different person. In such a case, it may appear that Ezra Smith wants some detail about his previous life hidden from the public, but the removal has nothing to do with Ezra Smith or anyone with that same name. If you saw a removal notice after searching for someone’s name, would you be curious what webpage is being suppressed in Google?

Not Letting Felons Vote Damages Democracy for All Citizens

Austin Sarat—Associate Provost, Associate Dean of the Faculty, and William Nelson Cromwell Professor of Jurisprudence and Political Science at Amherst College—argues that disenfranchising felons, as most American states do in some way, does substantial harm to everyone in our representative democracy. 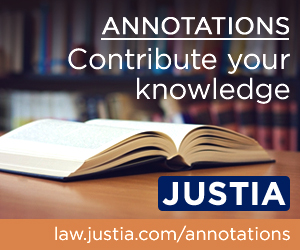