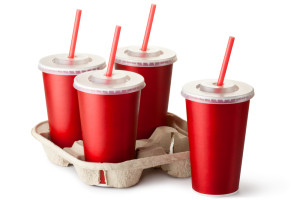 In 2012, in an effort to combat obesity among residents of New York City, the New York City Board of Health amended the City Health Code so as to restrict the size of cups and containers used by food service establishments for the provision of sugary drinks. The proposed rule, referred to as the “Portion Cap Rule,” was to go into effect in 2013. Six not-for-profit and labor organizations challenged the Portion Cap Rule. Supreme Court, New York City declared the rule invalid and permanently enjoined its implementation. The Appellate Division affirmed. The Court of Appeals affirmed, holding that, in adopting the Portion Cap Rule, the Board of Health exceeded its regulatory authority and engaged in law-making, thereby infringing upon legislative jurisdiction.

Massachusetts amended its Reproductive Health Care Facilities Act to make it a crime to knowingly stand on a “public way or sidewalk” within 35 feet of an entrance or driveway to any “reproductive health care facility,” defined as “a place, other than within or upon the grounds of a hospital, where abortions are offered or performed.” Mass. Gen. Laws, 266, 120E½. Exemptions cover “employees or agents of such facility acting within the scope of their employment.” Another provision proscribes knowing obstruction of access to an abortion clinic. Abortion opponents who engage in “sidewalk counseling” sought an injunction, claiming that the amendment displaced them from their previous positions and hampered their counseling efforts; attempts to communicate with patients are also thwarted by clinic escorts, who accompany patients to clinic entrances. The district court denied the challenges. The First Circuit affirmed. The Supreme Court reversed, first noting the involvement of a traditional public forum. The Court employed “time, place, and manner” analysis, stating that the Act is neither content nor viewpoint based and need not be analyzed under strict scrutiny. Although it establishes buffer zones only at abortion clinics, violations depend not “on what they say,” but on where they say it. The Act is justified without reference to the content of speech; its purposes include protecting public safety, patient access to health care, and unobstructed use of public sidewalks and streets. There was a record of crowding, obstruction, and even violence outside Massachusetts abortion clinics but not at other facilities. The exemption for employees and agents acting within the scope of their employment was not an attempt to favor one viewpoint. Even if some escorts have expressed views on abortion inside the zones, there was no evidence that such speech was authorized by any clinic. The Act, however, burdens substantially more speech than necessary to further the government’s legitimate interests. It deprives objectors of their primary methods of communicating with patients: close, personal conversations and distribution of literature. While the Act allows “protest” outside buffer zones, these objectors are not protestors; they seek to engage in personal, caring, consensual conversations with women about alternatives. Another section of the Act already prohibits deliberate obstruction of clinic entrances. Massachusetts could also enact legislation similar to the Freedom of Access to Clinic Entrances Act, 18 U.S.C. 248(a), which imposes sanctions for obstructing, intimidating, or interfering with persons obtaining or providing reproductive health services. Obstruction of driveways can be addressed by traffic ordinances. Crowding was a problem only at the Boston clinic, and only on Saturday mornings; the police are capable of ordering people to temporarily disperse and of singling out lawbreakers.

The Copyright Act of 1976 gives a copyright owner the “exclusive righ[t]” to “perform the copyrighted work publicly,” 17 U.S.C. 106(4), including the right to “transmit or otherwise communicate … the [copyrighted] work … to the public, by means of any device or process, whether the members of the public capable of receiving the performance … receive it in the same place or in separate places and at the same time or at different times,” section 101. Aereo sells a service that allows subscribers to watch television programs over the Internet. Aereo’s server tunes an antenna, which is dedicated to the use of one subscriber, to the broadcast carrying the selected show. A transcoder translates the signals received by an antenna into data that can be transmitted over the Internet. A server saves the data in a subscriber-specific folder and streams the show to the subscriber, a few seconds behind the over-the-air broadcast. The owners of program copyrights unsuccessfully sought a preliminary injunction, arguing that Aereo was infringing their right to “perform” their copyrighted works “publicly.” The Second Circuit affirmed. The Supreme Court reversed and remanded, holding that Aereo performs the works within the meaning of section 101 and does not merely supply equipment that allows others to do so. The Court noted that the Act was amended in 1976 to make the law applicable to community antenna television (CATV) providers by clarifying that an entity that acts like a CATV system “performs,” even when it only enhances viewers’ ability to receive broadcast television signals. Aereo’s activities are similar; it sells a service that allows subscribers to watch television programs, many of which are copyrighted, virtually as they are being broadcast. That Aereo’s system remains inert until a subscriber indicates that she wants to watch a program is not critical. Aereo transmits a performance whenever its subscribers watch a program. The Court stated that when an entity communicates the same contemporaneously perceptible images and sounds to multiple people, it “transmit[s] … a performance” to them, regardless of the number of discrete communications it makes and whether it makes an individual personal copy for each viewer. Aero subscribers are “the public” under the Act: a large number of people, unrelated and unknown to each other.

You can see the rest of the US Supreme Court Court opinions handed down this week here.

Musical artist George Clinton appealed the district court’s order appointing a receiver and authorizing the sale of copyrights in an action against his former law firm. The firm obtained judgments against Clinton for past-due attorneys’ fees and sought an order authorizing the sale of master recordings that Clinton recorded with the group Funkadelic (the “Masters”) to satisfy the judgments. The court concluded that Clinton’s copyrights in the Masters were subject to execution to satisfy judgments entered against him; Section 201(e) of the Copyright Act, 17 U.S.C. 201(e), does not protect Clinton from the involuntary transfer of his copyrighted works; the district court did not abuse its discretion by appointing a receiver to manage or sell ownership of these copyrights; Clinton may raise claims of fraud on the court and judicial estoppel for the first time on appeal, but both claims are meritless; and Clinton failed to raise his preemption, Erie Doctrine, and Due Process Arguments in the district court. Accordingly, the court affirmed the judgment of the district court.

Several Utah residents and same-sex couples applied for marriage licenses in Utah and were denied. They filed suit against the Governor, the Attorney General of Utah and the Clerk of Sale Lake County, all in their official capacities, challenging provisions of Utah law relating to same-sex marriage. Utah Code 30-1-2(5) included among the marriages that were “prohibited and declared void,” those “between persons of the same sex.” The Legislature referred a proposed constitutional amendment, known as Amendment 3, to Utah’s voters (Amendment 3 passed with approximately 66% of the vote and became section 29 of Article I of the Utah Constitution). Plaintiffs alleged that Amendment 3 violated their right to due process under the Fourteenth Amendment by depriving them of the fundamental liberty to marry the person of their choosing and to have such a marriage recognized. They also claimed that Amendment 3 violated the Equal Protection Clause of the Fourteenth Amendment. Plaintiffs raised their claims under 42 U.S.C. 1983, seeking both a declaratory judgment that Amendment 3 was unconstitutional and an injunction prohibiting its enforcement. On cross motions for summary judgment, the district court ruled in favor of the plaintiffs, concluding that “[a]ll citizens, regardless of their sexual identity, have a fundamental right to liberty, and this right protects an individual’s ability to marry and the intimate choices a person makes about marriage and family.” Furthermore, the court held that Amendment 3 denied plaintiffs equal protection because it classified based on sex and sexual orientation without a rational basis. It declared Amendment 3 unconstitutional and permanently enjoined enforcement of the challenged provisions. The Governor and Attorney General filed a timely notice of appeal and moved to stay the district court’s decision. Both the district court and the Tenth Circuit Court of Appeals denied a stay. The Supreme Court, however, granted a stay of the district court’s injunction pending final disposition of the appeal by the Tenth Circuit. Having heard and carefully considered the argument of the litigants, the Tenth Circuit concluded that, consistent with the United States Constitution, the State of Utah may not deny a citizen benefit of the laws based solely on the sex of the person the citizen chooses to marry.