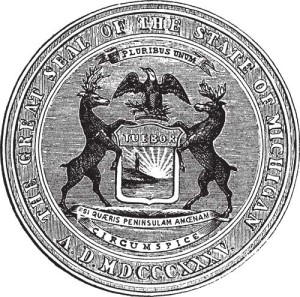 Akamai is the exclusive licensee of a patent that claims a method of delivering electronic data using a content delivery network (CDN). Limelight also operates a CDN and carries out several of the steps claimed in the patent, but its customers, rather than Limelight itself, perform a step of the patent known as “tagging.” Under Federal Circuit case law, liability for direct infringement under 35 U.S.C. 271(a) requires performance of all steps of a method patent to be attributable to a single party. The district court concluded that Limelight could not have directly infringed the patent at issue because performance of the tagging step could not be attributed to it. The en banc Federal Circuit reversed, holding that a defendant who performed some steps of a method patent and encouraged others to perform the rest could be liable for inducement of infringement even if no one was liable for direct infringement. The Supreme Court reversed. A defendant is not liable for inducing infringement under section 271(b) when no one has directly infringed. The Federal Circuit’s contrary view would deprive section 271(b) of ascertainable standards and require the courts to develop parallel bodies of infringement law. Citing section 271(f), the Court stated that Congress knows how to impose inducement liability predicated on noninfringing conduct when it wishes to do so. Though a would-be infringer could evade liability by dividing performance of a method patent’s steps with another whose conduct cannot be attributed to the defendant, a desire to avoid this consequence does not justify fundamentally altering the rules of inducement liability clearly required by the Patent Act’s text and structure.

In 2011, drugs found in Appellant’s possession were sent to a Massachusetts testing laboratory, where Annie Dookhan, a chemist, certified that the drugs were crack cocaine. Appellant was subsequently indicted in federal court for possessing crack cocaine with the intent to distribute. Appellant pleaded guilty to the offense and went to prison. In 2012, it was discovered that Dookhan had falsely certified countless drug-test results. Although there was no direct evidence that Dookhan had committed misconduct in this case, Appellant filed a motion to set aside his conviction and vacate his guilty plea based on the scandal. The district court denied Appellant’s motion. The First Circuit affirmed, holding that Appellant did not meet his burden of proving that there was a reasonable probability that he would not have pleaded guilty had he known of Dookhan’s transgressions.

Plaintiffs, tour guides, filed suit challenging the City’s requirement that those conducting tours for hire in the city have a tour guide license. Plaintiffs claimed that the City’s requirement violated their First Amendment rights and sought a declaratory judgment and injunctive relief. The court concluded that the content-neutral requirement promoted the government’s interest in requiring licensees to know the city and not be felons or drug addicts. Accordingly, the court affirmed the district court’s grant of summary judgment to the City.

After plaintiff was arrested for violation of Mo. Rev. Stat. 578.095, which prohibits flag desecration, he filed suit under 42 U.S.C. 1983 against Cape Girardeau, the arresting police officer, and the prosecuting attorney. Both the arresting officer and attorney stated that they were unaware of the Supreme Court’s decisions in Texas v. Johnson and United States v. Eichman, which struck down statutes criminalizing flag desecration as unconstitutional. Plaintiff’s charges were dismissed against him and he was released from jail. On appeal, the officer challenged the district court’s denial of his motion for summary judgment on the basis of qualified immunity and award of attorney’s fees. The State, which intervened, appealed the district court’s order declaring its flag desecration statute facially unconstitutional and the award of attorney’s fees. The court concluded that the officer was not entitled to qualified immunity where a reasonably competent officer in his position would have known that plaintiff’s expressive conduct was constitutionally protected and would have concluded no arrest warrant should issue for the expressive conduct engaged in by plaintiff. The court concluded that Mo. Rev. Stat. 578.095 was overbroad and criminalizes a substantial amount of expressive activity. Further, the statute was not susceptible to an appropriate narrowing construction and, therefore, the district court did not err in holding the statute to be facially unconstitutional. The district court did not abuse its discretion in holding the officer and the state jointly and severally liable for attorney’s fees and costs; the district court did not abuse its discretion in awarding attorneys’ fees based on the rate for the St. Louis legal market, instead of Cape Girardeau; and the district court did not err in granting summary judgment for Cape Girardeau. Accordingly, the court affirmed the judgment of the district court.