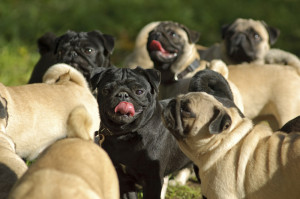 A bicyclist was attacked by two ranch dogs herding sheep while participating in a mountain bike race. The cyclist and dogs were on federally owned land on which the attack took place, subject to a sheep grazing permit and a recreational use permit. The cyclist sustained serious injuries during the attack. The cyclist and her husband sued the dog’s owners, alleging negligence, negligence per se and loss of consortium. They also brought a strict liability claim under Colorado’s dog bite statute. The shepherds moved for summary judgment, arguing that: (1) the Colorado Premises Liability Act preempted the cyclist’s common law claims; and (2) they were immune from strict liability under the working-dog exemption to the dog bite statute. The district court granted the shepherds’ motion. The court of appeals reversed, interpreting the working dog exemption as applicable only when the dog is on the owner’s own property. The Supreme Court disagreed and reversed the appellate court: the exemption applied when a dog bite occurs on the dog owner’s property or when the dog is working under the control of the dog owner.

After the Supreme Court held that the Eighth and Fourteenth Amendments forbid the execution of persons with intellectual disability, Hall asked a Florida state court to vacate his sentence, presenting evidence that included an IQ test score of 71. The court denied relief, determining that a Florida statute mandated that he show an IQ score of 70 or below before being permitted to present any additional intellectual disability evidence. The state’s highest court rejected Hall’s appeal, finding the 70-point threshold constitutional. The U.S. Supreme Court reversed. Florida’s rule disregards established medical practice that an individual score is best understood as a range. While nothing in its statute precludes Florida from considering an IQ test’s standard error of measurement, a statistical fact reflecting the test’s inherent imprecision, the interpretation of the Florida Supreme Court takes an IQ score as conclusive evidence of intellectual capacity. The interpretation fails to recognize that measurement’s inherent imprecision and bars consideration of other relevant evidence, e.g., deficits in adaptive functioning, including evidence of past performance, environment, and upbringing. Current thinking does not regard this strict cutoff as proper or humane. When a defendant’s IQ test score falls within the test’s acknowledged and inherent margin of error, the defendant must be able to present additional evidence of intellectual disability, including testimony regarding adaptive deficits.

Read more: Court Extends Curbs on the Death Penalty in a Florida Ruling

After a traffic stop, Rickard refused to produce identification or step out of the car, but led police officers on a high-speed chase. After a spin-out in a parking lot, Rickard continued to accelerate, even though his bumper was flush against a patrol car. An officer fired three shots into Rickard’s car. Rickard managed to drive away, almost hitting an officer. Officers fired 12 more shots as Rickard sped away, striking him and his passenger, both of whom died from a combination of gunshot wounds and injuries suffered when the car crashed. Rickard’s minor daughter filed a 42 U.S.C.1983 action, alleging excessive force. The district court denied the officers’ motion for summary judgment based on qualified immunity, holding that their conduct violated the Fourth Amendment and was contrary to clearly established law. The Sixth Circuit affirmed. After holding that the Sixth Circuit properly exercised jurisdiction, the Supreme Court reversed. The officers acted reasonably in using deadly force. Rickard’s outrageously reckless driving, lasting more than five minutes, exceeded 100 miles per hour, and included passing more than two dozen other motorists. The conduct posed a grave public safety risk. Under the circumstances when the shots were fired, all that a reasonable officer could have concluded from Rickard’s conduct was that he was intent on resuming his flight, which would pose a threat to others on the road. The officers did not fire more shots than necessary to end the public safety risk. During the 10-second span when all the shots were fired, Rickard never abandoned his attempt to flee and eventually managed to drive away. A passenger’s presence does not bear on whether officers violated Rickard’s Fourth Amendment rights.

While campaigning for a second term, President George W. Bush planned to spend the night at a Jacksonville, Oregon, cottage. Local law enforcement permitted supporters and protesters to assemble on opposite sides of a street along the motorcade route. The President made a last-minute decision to have dinner at an Inn’s outdoor patio before going to the cottage. Protesters moved to the front of the Inn, within weapons range of the President. Supporters remained in their original location, where a building blocked sight of, and weapons access to, the patio. At the direction of the Secret Service, police moved protesters two blocks away. They did not require guests already inside the Inn to leave, avoid the patio, or go through security screening. After the President dined, his motorcade passed the supporters, but the protesters were beyond his sight and hearing. Protesters sued, alleging that the agents engaged in viewpoint discrimination, violating the First Amendment. The Ninth Circuit reversed the district court, holding that the protesters failed to state a claim under the Bell Atlantic and Iqbal decisions (rendered after they filed suit). On remand, protesters added allegations that the agents acted pursuant to unwritten Secret Service policy of working with the Bush White House to inhibit expression of disfavored views at presidential appearances. The district court denied a motion to dismiss. The Ninth Circuit affirmed, concluding that viewpoint discrimination could be inferred, absent a legitimate security rationale for different treatment of the groups. The Supreme Court reversed, holding that the agents are entitled to qualified immunity. At the time of the incident, the Court had addressed a constitutional challenge to Secret Service actions only once, recognizing the overwhelming importance of safeguarding the President. There was no precedent indicating that agents engaged in crowd control bear a First Amendment obligation to make sure that groups with conflicting views are at all times in equivalent positions. Maintenance of equal access would not make sense in the situation the agents confronted, where only the protesters, not the supporters, had a direct line of sight to the President. A map shows that, because of the protesters’ location, they posed a potential security risk, while the supporters did not. The agents could keep a close watch on the small number of people already inside the Inn, surveillance that would have been impossible for the hundreds of people outside the Inn.

After Plaintiff attempted to film a police officer as he was conducting a traffic stop, Plaintiff was arrested and charged with violating New Hampshire’s wiretapping statute, among other crimes. Plaintiff was not brought to trial. Plaintiff subsequently brought a First Amendment claim against the police officers, the police department, and the Town of Weare, alleging that the wiretapping charge constituted retaliatory prosecution. The officers moved for summary judgment, claiming that they were entitled to qualified immunity because there was no clearly established right to film the traffic stop. The district court denied the officers’ motions for summary judgment. The First Circuit affirmed, holding (1) it was clearly established at the time of the stop that the First Amendment gives citizens the right to film police carrying out their duties in public if no reasonable restriction is imposed or in place; and (2) therefore, the district court properly denied qualified immunity to the officers on Plaintiff’s claim that the wiretapping charge constituted retaliatory prosecution in violation of the First Amendment.

AF Holdings, represented by Prenda Law, filed suit in district court against 1,058 unnamed John Does who it alleged had illegally downloaded and shared the pornographic film “Popular Demand” using a file-sharing service known as BitTorrent. Prenda Law’s general approach was to identify certain unknown persons whose IP addresses were used to download pornographic films, sue them in gigantic multi-defendant suits that minimized filing fees, discover the identities of the persons to whom these IP addresses were assigned by serving subpoenas on the Internet service providers to which the addresses pertained, and then negotiate settlements with the underlying subscriber. The providers refused to comply with the district court’s issuance of subpoenas compelling them to turn over information about the underlying subscribers, arguing that the subpoenas are unduly burdensome because venue is improper, personal jurisdiction over these Doe defendants is lacking, and defendants could not properly be joined together in one action. The court agreed, concluding that AF Holdings clearly abused the discovery process by not seeking information because of its relevance to the issues that might actually be litigated here. AF Holdings could not possibly have had a good faith belief that it could successfully sue the overwhelming majority of the John Doe defendants in this district. Although AF Holdings might possibly seek discovery regarding individual defendants in the judicial districts in which they are likely located, what it certainly may not do is improperly use court processes by attempting to gain information about hundreds of IP addresses located all over the country in a single action, especially when many of those addresses fall outside of the court’s jurisdiction. Given AF Holdings’ decision to name and seek discovery regarding a vast number of defendants who downloaded the film weeks and even months apart – defendants who could not possibly be joined in this litigation – one can easily infer that its purpose was to attain information that was not, and could not be, relevant to this particular suit. Accordingly, the court vacated the order and remanded for further proceedings, including a determination of sanctions, if any, for AF Holdings’ use of a possible forgery in support of its claim.