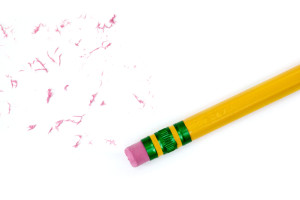 Publishers that subscribe to the Project Hermes feed were notified by mail – the old fashioned paper kind – that changes needed to be made to the bench opinions. This is the letter they received. According to sources in this group, this type of notification is unprecedented.

Take a look at the letter. It mentions five changes to the slip opinion:

These are not insignificant changes or typographical errors. They affect the interpretation of the opinion – and the Supreme Court quietly swapped the opinions out without notifying the public of the change.

I understand that no one is perfect, and even Supreme Court justices (and clerks) make mistakes. This will always happen, but they should be transparent about it. The courts still operate on an outdated model that assumes all drafts will be edited and bound into a book that will sit on a shelf for hundreds of years. Under this model, simply notifying the publishers is enough.

The reality is that in an electronic world, the public relies on the Supreme Court website to get the opinions. It’s not only lawyers with Westlaw and Lexis subscriptions who read these cases; policy makers, journalists, and everyday citizens are interested in what the Court decides. Slapping a disclaimer on the site to say “subject to revision” isn’t enough when those documents are changed. The Court has a responsibility to let the public know when these changes are made, and treat their electronic versions as seriously as they would the bound volumes.

Professor Martin had this to say about the dissent screw-up:

The Court’s practice of making unannounced editorial changes during the “slip opinion” stage (by substituting replacement files at the court site) presents several problems.  Short term it results in inconsistent versions being held in the diverse legal databases on which lawyers, judges, and citizens rely.  The practice also invites changes that go beyond the simple correction of typos.  Finally, at its core it amounts to an effort to revise the historic record.  The unprecedented letter to the LII and other project Hermes subscribers reveals that risk in its starkest form.  Reaching all the way back to Justice Scalia’s bench opinion, it in effect calls upon recipients to remove any trace of the version he wrote and released, to make it appear that what happened never did.

We have both versions up at Justia (old and new). You also read the modified version of the bench opinion, which includes the changes mentioned in the letter, at the Cornell LII site.