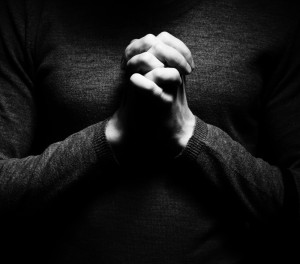 Since 1999, Greece, New York has opened monthly town board meetings with a roll call, recitation of the Pledge of Allegiance, and a prayer by a local clergy member. While the prayer program is open to all creeds, nearly all local congregations are Christian. Citizens alleged violation of the First Amendment’s Establishment Clause by preferring Christians over other prayer givers and by sponsoring sectarian prayers and sought to limit the town to “inclusive and ecumenical” prayers that referred only to a “generic God.” The district court entered summary judgment upholding the prayer practice. The Second Circuit reversed, holding that some aspects of the prayer program, viewed in their totality by a reasonable observer, conveyed the message that the town endorsed Christianity.  A divided Supreme Court reversed, upholding the town’s practice. Legislative prayer, while religious in nature, has long been understood as compatible with the Establishment Clause. Most states have also had a practice of legislative prayer and there is historical precedent for opening local legislative meetings with prayer. Any test of such a practice must acknowledge that it was accepted by the Framers and has withstood the scrutiny of time and political change. The inquiry is whether the town of Greece’s practice fits within that tradition. To hold that invocations must be nonsectarian would force legislatures sponsoring prayers and courts deciding these cases to act as censors of religious speech, thus involving government in religious matters to a greater degree than under the town’s current practice of neither editing nor approving prayers in advance nor criticizing their content after the fact. It is doubtful that consensus could be reached as to what qualifies as a generic or nonsectarian prayer. The First Amendment is not a “majority rule” and government may not seek to define permissible categories of religious speech. The relevant constraint derives from the prayer’s place at the opening of legislative sessions, where it is meant to lend gravity  and reflect values long part of the Nation’s heritage. Absent a pattern of prayers that over time denigrate, proselytize, or betray an impermissible government purpose, a challenge based only on the content of a particular prayer will not likely establish a constitutional violation. If the town maintains a policy of nondiscrimination, the Constitution does not require it to search beyond its borders for non-Christian prayer givers to achieve religious balance.

Read More: With the Supreme Court’s Help, Religion Creeps Toward the State

After plaintiff, who was twenty-seven years old at the time, was excluded from the presidential primary ballot under California law, she filed suit under the First Amendment, the Equal Protection Clause of the Fourteenth Amendment, and the Twentieth Amendment. The district court dismissed the case with prejudice. The court concluded that the case was not moot because it was “capable of repetition, yet evading review.” The court concluded that age requirements, like residency requirements and term limits, are neutral candidacy qualifications which the State had the right to impose; any burden on plaintiff’s speech and association rights were minimal; and the burden was justified by California’s asserted interest in protecting the integrity of the election process and avoiding voter confusion. The court rejected plaintiff’s Equal Protection claim; because including ineligible candidates on the ballot could easily cause voter confusion, treating ineligible candidates differently from eligible ones was rationally related to the state’s interest in maintaining the integrity of the election process; and the Secretary did not violate the Equal Protection Clause by excluding from the ballot candidates who are indisputably ineligible to serve, while listing those with a colorable claim of eligibility. Even if the Twentieth Amendment gave rise to a private right of action, nothing in the Twentieth Amendment states or implies that Congress has the exclusive authority to exclude a candidate with a known ineligibility from the presidential ballot. Accordingly, the court affirmed the judgment of the district court.

Petitioners and other members of the East Meadow Teachers Association displayed picketing signs from their cars parked where parents were dropping their children off at Woodland Middle School. The Board of Education of the East Meadow Union Free School District (District) charged Petitioners with misconduct related to the demonstration, claiming that Petitioners created a safety risk by parking their cars so that students had to be dropped off in the middle of the street instead of at curbside. Petitioners were found guilty of misconduct. Petitioners appealed, arguing that the disciplinary proceedings against them violated their right to free speech. Supreme Court denied the petitions. The Appellate Division reversed after applying the two-part balancing test set forth in Pickering v. Board of Education of Township High School. The Court of Appeals reversed, holding (1) the picketing demonstration was a form of speech protected by the First Amendment; but (2) Petitioners’ interests in engaging in constitutionally protected speech in the particular manner they employed on the day in question were outweighed by the District’s interests in safeguarding students and maintaining effective operations at the middle school.