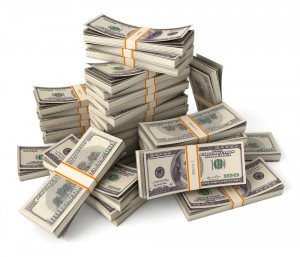 The Federal Election Campaign Act of 1971 and the Bipartisan Campaign Reform Act of 2002, impose base limits, restricting how much money a donor may contribute to a particular candidate or committee, and aggregate limits, restricting how much money a donor may contribute in total to all candidates or committees, 2 U.S.C. 441a. In the 2011–2012 election cycle, McCutcheon contributed to 16 federal candidates, complying with all base limits. He alleges that the aggregate limits prevented him from contributing to additional candidates and political committees and that he wishes to make similar contributions in the future. McCutcheon and the Republican National Committee challenged the aggregate limits under the First Amendment. The district court dismissed. The Supreme Court reversed, with five justices concluding that those limits are invalid. Regardless whether strict scrutiny or the “closely drawn” test applies, the analysis depends on the fit between stated governmental objectives and the means selected to achieve the objectives. The aggregate limits fail even under the “closely drawn” test. Contributing to a candidate is an exercise of the right to participate in the electoral process through political expression and political association. A restriction on how many candidates and committees an individual may support is not a “modest restraint.” To require a person to contribute at lower levels because he wants to support more candidates or causes penalizes that individual for “robustly exercis[ing]” his First Amendment rights. The proper focus is on an individual’s right to engage in political speech, not a collective conception of the public good. The aggregate limits do not further the permissible governmental interest in preventing quid pro quo corruption or its appearance. The justices noted the line between quid pro quo corruption and general influence and that the Court must “err on the side of protecting political speech.” Given regulations already in effect, fear that an individual might make massive unearmarked contributions to entities likely to support particular candidate is speculative. Experience suggests that most contributions are retained and spent by their recipients; the government provided no reason to believe that candidates or committees would dramatically shift their priorities if aggregate limits were lifted. Multiple alternatives could serve the interest in preventing circumvention without “unnecessary abridgment” of First Amendment rights, such as targeted restrictions on transfers among candidates and committees, tighter earmarking rules, and disclosure.

Plaintiff appealed the dismissal of his putative class action alleging that ebay.com’s Automatic Bidding system breached two provisions of eBay’s User Agreement, violated California’s Unfair Competition Law (UCL), Cal. Bus. Prof. Code 17204, and constituted intentional interference with prospective economic advantage. The court concluded that the district court properly dismissed plaintiff’s claim for breach of contract where the two provisions at issue in the User Agreement did not constitute an enforceable promise by eBay. The court also concluded that plaintiff failed to state a claim under the UCL where, even if the User Agreement had represented that eBay would directly transmit bids to sellers, plaintiff has not plausibly alleged that he relied on this representation. Moreover, since a reasonable person in plaintiff’s position could not have relied on such a representation, it would not have been material. Finally, the court concluded that plaintiff failed to set forth a claim for intentional interference with prospective economic advantage. Accordingly, the court affirmed the judgment of the district court.

Plaintiff Cheryl Hersh worked for defendant County of Morris. The County rented approximately sixty-five parking spaces for its employees in the Cattano Garage, a private parking garage containing several hundred parking spaces located approximately two blocks from Hersh’s office. Although she did not have sufficient seniority to park in a county-owned lot located adjacent to her building, the County granted Hersh permission to park in one of the rented spots, gave her a scan card so she could enter the garage, and instructed her to park on the third level. Shortly after Hersh parked her car and exited the structure, she was struck by a motor vehicle while crossing a public street between the garage and her office. Hersh suffered significant injuries. Hersh filed for workers’ compensation benefits. The judge concluded Hersh’s injuries were compensable, finding that under New Jersey case law, parking lots provided or designated for employee use are part of the employer’s premises for purposes of workers’ compensation. The Appellate Division affirmed. The County appealed. The Supreme Court reversed: because the County did not control the garage where Hersh parked, the route of ingress and egress from the parking garage to her office, or the public street where she was injured, and did not expose her to any special or additional hazards, Hersh’s injury occurred outside of the employer’s premises and therefore was not compensable under the Workers’ Compensation Act.

Scott Cohen’s vehicle collided with the rear of Antonio Soares’s stopped vehicle because Cohen’s vision was temporarily impaired by the glare from the morning sun. Cohen waved to Kris Ellinwood, a police officer who was directing traffic at the time, to approach the scene. Cohen assured Ellinwood that everyone was unharmed but did not mention the sun glare. Ellinwood was writing down information in between the Cohen’s and Soares’s vehicles when Andrew Thornley, who did not see Cohen’s vehicle due to solar glare, struck the rear of Cohen’s vehicle, causing Ellinwood to be pinned between Cohen’s and Soares’s vehicles and crushing his legs. Ellinwood filed an action against Cohen, alleging that Cohen negligently failed to warn him of the solar glare, a dangerous condition. The superior court granted Cohen’s motion for summary judgment, concluding that the public safety officer’s rule shielded Cohen from liability. The Supreme Court affirmed, holding that the public-safety officer’s rule barred Ellinwood’s negligence claim as a matter of law because Ellinwood could have reasonably foreseen that he could be struck and injured by another vehicle while coming to Cohen’s assistance.