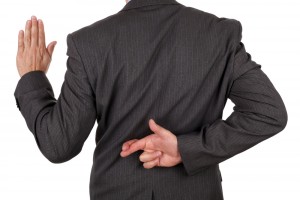 Defendant-appellant Gwen Bergman was arrested when the hit-man she thought she hired to kill her husband was in fact an undercover police officer. After trial, it emerged that defendant’s lawyer was not a lawyer-in-fact, but a con man. Defendant applied for habeas relief on the ground that she received ineffective assistance of counsel. The district court agreed with her: the court vacated her conviction, and discharged her from supervised release (she had finished her prison term). Assuming the court’s decision to vacate the conviction it won at defendant’s first trial was without prejudice to a new trial with a (real) defense lawyer, the government asked the court to set a date. The district court refused, stating that its discharge order “implicitly” forbade any effort to secure a valid conviction at a second trial. The government appealed the district court’s decision to the Tenth Circuit. The government’s appeal raised the question of whether defendant could be exposed to a new trial and lawful conviction despite having successfully petitioned for habeas relief and served her jail sentence. Rather than contend categorically that only double jeopardy problems may preclude retrial, the government suggested that the remedy the district court selected was too attenuated from the right it found violated: defendant’s Sixth Amendment right to effective assistance of counsel. “[T]he presumptively appropriate remedy for a trial with an ineffective lawyer is a new trial with an effective one. . . . the district court failed to identify any reason why that presumption is inapplicable here; and in these circumstances refusing a new trial amounts to an abuse of discretion.”

Read More: Things To Do In Denver When You’re Dead: Court Considers Appeal Of Woman Represented By Fake Attorney

Plaintiff was an hourly employee of Safeway, Inc. In 2010, in response to two writs of garnishment issued by the district court, Safeway deducted an excess of $29.64 from Plaintiff’s wages. Plaintiff subsequently filed a lawsuit against Safeway on behalf of herself and all other persons similarly situated, arguing that Safeway’s garnishment practice resulted in wrongfully excessive deductions. Ten days after the class action suit was filed, Safeway changed its payroll garnishment system to conform with the correct garnishment exemptions standards and tendered to Plaintiff the amounts that would have been paid to her had those standards been applied at the time. The circuit declined to certify the class and entered judgment in favor of Safeway. The court of special appeals affirmed. The Court of Appeals affirmed, holding (1) employees have a right of direct private action against their employer under Md. Code Ann. Lab. & Empl. 3-507.2 for deducting from the employee’s wage more than is lawfully allowed; and (2) the circuit court did not abuse its discretion under the circumstances of this case in denying class certification and in entering judgment for Safeway.