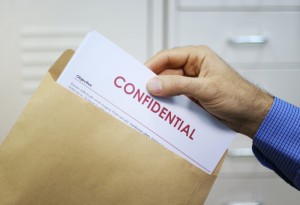 The Chancery Court, in its petition, argues that the lower courts misinterpreted the “experience and logic” test that determines whether proceedings should be open to the public. Press Enterprise Co. v. Sup. Ct. Cal. for the Cty. of Riverside, 478 U.S. 1 (1986), the controlling case on this issue, asked the following 2 part question: (1) is the “experience” of public access to these proceedings clear and long-standing, and (2) does “logic” support public disclosure, because access is significant to the public and the function of the proceedings? The Delaware courts argue that arbitration has been historically private, and that there is a split among the circuits on how to apply the test.

In its response, DCOG argues that arbitration under this law is basically the same thing as any other civil litigation. It walks like a duck, talks like a duck, and the verdict is rendered official and binding, issued by a sitting state judge. Since there is a long established right of open access to civil trial, they argue, this law is in violation of the First Amendment.

From my point of view, limits on access to court information are generally problematic. We already deal with barriers to access of public information in the form of cost and copyright. More dramatically, citizens are still barred from reading most of the opinions produced by  the black box of the FISA Courts. I am skeptical about corporate motives to consent to private court proceedings, held in state courts and presided over by state judges, but hidden from view of the public. Given Delaware’s admission that it is seeking to keep its venue a business-friendly one, and the fact that this option is available for a price ($6k/day) certainly lends itself to Professor Resnik’s characterization of the proceedings a “judge rental.” More than just creating a private judicial system, this is creating a private body of law. It won’t be precedential, or even published. On the other hand – arbitration proceeds like this all over the country, and keeps many cases off the docket for our already over-burdened courts. I’m just not sure how many of the arbitration verdicts in those states have the imprimatur of state court judicial decisions.

You can view the docket for the lower court cases here and here, and SCOTUS Blog has a docket of the appeal to the Supreme Court.

UPDATE: The Supreme Court denied review of this case on Monday March 24, 2014.