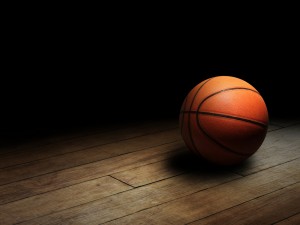 When basketball legend Michael Jordan was inducted into the Naismith Memorial Basketball Hall of Fame in 2009, Sports Illustrated produced a special commemorative issue devoted exclusively to Jordan’s remarkable career. Jewel Foods was offered free advertising space in the issue for agreeing to stock the magazine in its 175 stores. Jewel submitted a full-page ad congratulating Jordan, which ran on the inside back cover of the commemorative issue. To Jordan the ad constituted a misappropriation of his identity for the supermarket chain’s commercial benefit. He sought $5 million in damages, alleging violations of the federal Lanham Act, the Illinois Right of Publicity Act, the Illinois deceptive-practices statute, and the common law of unfair competition. The district court accepted Jewel’s First Amendment defense, that its ad was “noncommercial” speech with full First Amendment protection.  The Seventh Circuit reversed and remanded. Jewel’s ad prominently featured the “Jewel-Osco” logo and marketing slogan, which were creatively and conspicuously linked to Jordan in the text of the ad’s congratulatory message. The ad was a form of image advertising aimed at promoting the Jewel-Osco brand; it was commercial speech and subject to the laws cited by Jordan.

Petitioner, a Kurdish ethnic and citizen of Turkey, sought review of the BIA’s order affirming the IJ’s denial of asylum, withholding of removal, and protection under the Convention Against Torture (CAT). The IJ concluded that on at least four or five occasions, petitioner gave food and, on at least one occasion, clothing, to individuals whom petitioner knew, or had reason to know, to be members of Kurdish terrorist groups. The BIA adopted the IJ’s findings and legal conclusions. The court found no error in the agency’s factual conclusion that petitioner provided material support to a terrorist organization. However, the court remanded in order to allow the BIA to address a precedential issue: whether the Immigration and Nationality Act, 8 U.S.C. 1182(a)(3)(B)(iv)(VI), should be construed to include a duress exception to the admissibility bar that the Act otherwise established for those who have provided material support to a terrorist organization. Accordingly, the court granted in part, denied in part, and remanded for further proceedings.

George Smith suffered an injury while working for Ohio State University. The Industrial Commission of Ohio allowed Smith’s claim for bilateral inguinal hernia. Tragically, Smith suffered brain damage resulting from postoperative complications from surgery to repair the hernia, leaving him in a persistent vegetative state. A doctor later concluded that Smith had bilateral vision and hearing loss caused by the loss of brain function. Smith sought additional scheduled awards for the loss of vision and hearing. However, no test could be performed to determine whether Smith suffered an actual loss of sight or hearing, and the medical evidence showed that Smith was unable to process sights and sounds because of damage to his brain, not because of any injury to his eyes or ears. The Industrial Commission denied Smith’s request for additional compensation based on the lack of any objective testing showing vision or hearing loss. The Supreme Court affirmed the Commission’s denial of Smith’s claim, holding that the evidence supported a finding that Smith suffered from a loss of brain-stem function, a loss that has not been included in the schedule for compensation set forth in Ohio Rev. Code 4123.57.

Petitioner Ronald Grassi was involved in a single-car accident early one September morning. He suffered serious injuries, and his passenger was killed. Paramedics transported petitioner to a local hospital for treatment, where he remained unconscious for several hours. At the hospital, a trooper (part of the investigation but who had not been at the scene of the accident) detected a strong odor of alcohol emanating from petitioner’s mouth though he remained unconscious. The trooper ordered a blood draw. Prior to the blood draw, police knew that petitioner had been driving when it crashed, that no road conditions or other external factors appeared to have caused the crash, that petitioner’s driving was consistent with that of an intoxicated driver, and that his breath smelled of alcohol. The blood draw revealed that petitioner’s blood alcohol content (BAC) was well over the legal limit for driving under the influence. Petitioner was later charged with vehicular homicide, manslaughter and driving with an excessive BAC. Petitioner moved to suppress evidence of his BAC, arguing that the officer at the hospital who ordered the blood draw lacked probable cause to order blood from him while he lay unconscious in the hospital. The trial court denied the motion, finding that Colorado’s express consent statute did not require police to possess probable cause in order to draw blood from an unconscious driver. After its review, the Supreme Court found that the fellow-officer rule imputed information that the police possess as a whole to individual officers who conduct searches if: (1) that officer acts pursuant to a coordinated investigation; and (2) police possess the information at the time of the search or arrest. Because the record of this case reflected those conditions, the Supreme Court affirmed the trial court’s judgment.