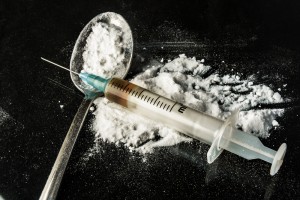 Long-time drug user Banka died after a binge that included use of heroin purchased from Burrage. Burrage pleaded not guilty to charges that he had unlawfully distributed heroin and that “death … resulted from the use of th[at] substance,” which carries a 20-year mandatory minimum sentence under the Controlled Substances Act, 21 U.S.C. 841(b)(1)(C). Medical experts testified that Banka might have died even if he had not taken the heroin. The court instructed the jury that the prosecution had to prove only that heroin was a contributing cause of death. The jury convicted Burrage, and the court sentenced him to 20 years. The Eighth Circuit affirmed.  The Supreme Court reversed. Where use of the drug distributed by the defendant is not an independently sufficient cause of death or serious bodily injury, the penalty enhancement does not apply unless such use is a “but-for” cause of the death or injury.  The Court declined to address cases in which multiple sufficient causes independently, but concurrently, produce death, because there was no evidence that Banka’s heroin use was an independently sufficient cause of his death. Congress could have written the statute to refer to a “substantial” or “contributing” factor in producing death, but instead used language that imports but-for causality.

Defendant pled guilty to conspiracy to provide material support to a foreign terrorist organization and conspiracy to bribe public officials. Defendant, a Sri Lankan native, was the principal procurement officer for the Liberation Tigers of Tamil Eelam (LTTE), a foreign terrorist organization. On appeal, the Government challenged defendant’s 108 months prison sentence as substantively unreasonable. The district court had found many mitigating circumstances: defendant was motivated not by power or self-aggrandizement, but by a desire to help the Tamil people; defendant’s actions had to be evaluated in context where he was caught in an ongoing civil war with serious human rights violations on both sides of the conflict; defendant did not have a criminal record; defendant had accepted full responsibility for his crimes; during the six years of his incarceration, defendant was a model inmate who earned the gratitude of other prisoners by his efforts to teach them math and other subjects; as well as other considerations. The court concluded that, in light of defendant’s personal history and characteristics, the nature and circumstances of his crimes, and all of the relevant factors, the sentence imposed was not substantively unreasonable. Accordingly, the court affirmed the judgment of the district court.

Brownstein and Lindsay worked at LSDI, a direct mailing list company. In 1993 Lindsay began developing rules for categorizing names by ethnicity. Lindsay enlisted Brownstein to create computer programs that did everything from rewriting names into proper data format to turning the rules into computer code. The combined system of Lindsay’s rules and Brownstein’s computer code was called the LCID. Lindsay received a copyright registration for the rules in 1996, entitled “Ethnic Determinant System — Knowledge and Rule/Exception Basis,” including a copy of Brownstein’s programs as a “deposit copy” for the registration, 17 U.S.C. 407(a) and referencing associated “computer process” and “codes.” Lindsay listed herself as the only author. She gave Brownstein a copy of the registrations. He claims that he never reviewed them. Subsequently, LSDI demanded that Lindsay turnover the copyright registration. Lindsay and Brownstein left LSDI in 1997. Lindsay handled all business affairs and, over the next several years, executed several agreements to form new business entities to promote and transfer ownership of the LCID. There were several lawsuits with LSDI. In 2009, Brownstein left on bad terms, filed an oppressed shareholder lawsuit, and sought his own copyright registrations. He then sought a declaratory judgment of joint authorship of LCID under the Copyright Act. The district court found the claim time-barred and insufficient on the merits. The Third Circuit remanded, holding that an authorship claim accrues when a plaintiff’s authorship has been “expressly repudiated” and that courts have no authority to cancel copyright registrations.

Stephen Glass, the infamous journalist from the late 1990s who fabricated material for more than forty articles for The New Republic magazine and other publications, passed the California bar examination in 2006 and applied to join the bar. The Committee of Bar Examiners denied the application, determining that Glass did not satisfy California’s moral fitness test. The State Bar Court’s hearing department, however, found that Glass had established the good moral character to be admitted as an attorney. The Supreme Court granted review. After detailing Glass’s history of dishonesty, professional misconduct, lack of integrity, and tendency to advance his own agenda rather than to serve others in the community, the Court concluded that Glass failed to “carry his heavy burden of demonstrating rehabilitation and fitness for the practice of law” and declined to admit Glass to the practice of law.

Based on information from two confidential informants and a concerned citizen that a dilapidated Camden row house was being used as a “stash location” for illegal drug transactions, a State Trooper set up a surveillance of the property. The trooper observed what he believed to be four drug transactions. He did not attempt to determine who owned or lived in either residence or to secure a search warrant. One of the two front windows of the house was broken. The front door was padlocked, and the rear door was “off the hinges” and “propped closed” so that no one could exit from inside. Another trooper observed through the front broken window trash bags filled with clothes and soda cans; he did not observe any light fixtures, and the electric meter was missing. The trooper concluded the house was “abandoned” and could be searched without a warrant. Troopers then opened the padlock, entered the residence, and searched the house. There was evidence of criminality inside: a sawed-off rifle inside a floor air vent and drugs and drug paraphernalia on a shelf above the stairs to the basement. Troopers concluded that the next door house was “occupied” and therefore a search warrant was obtained to enter. The search of next door uncovered more cocaine and drug paraphernalia. The trial court granted defendants’ motion to suppress the evidence seized at the “abandoned” house, finding that the State had not satisfied its burden of proving that the house was an abandoned building that justified bypassing the warrant requirement; that defendants had automatic standing to challenge the search because they exercised “possessory control over the premises” by the manner in which the front door was padlocked and the rear door secured; and that exigent circumstances did not justify a warrantless search. The Appellate Division affirmed the trial court’s suppression order. After its review, the Supreme Court concluded the State did not establish by a preponderance of the evidence that the house, though in bad condition, was abandoned or that defendants were trespassers, and thus failed to justify the warrantless search of the property.