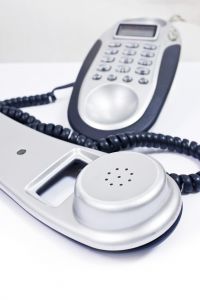 This case involved three Enhanced 9-1-1 (E-9-1-1) calls regarding an altercation that resulted in three people being shot. MaineToday Media, Inc. sent a series of requests to inspect and copy the three transcripts to the police department, state police, attorney general, and others. The State denied the requests, claiming that the transcripts constituted “intelligence and investigative information” in a pending criminal matter and were therefore confidential under the Criminal History Record Information Act. MaineToday filed suit against the State, arguing that the Freedom of Access Act (FOAA) mandated disclosure of the transcripts as public records and that no exception to their disclosure applied. The superior court affirmed the State’s denial of MaineToday’s request. The Supreme Court vacated the lower court’s judgment, holding that the E-9-1-1 transcripts, as redacted pursuant to 25 Me. Rev. Stat. 2929(2)-(3), were public records subject to disclosure under the FOAA.

Defendant appealed the district court’s denial of his motion to dismiss an indictment against him for violation of 18 U.S.C. 922(g)(9), which prohibits persons convicted of domestic violence misdemeanors from possessing firearms for life. Applying United States v. Brailey, the court concluded that defendant’s domestic violence conviction did not divest him of “core” civil rights and he could not qualify for the civil rights restored exception to section 922(g)(9). The court rejected defendant’s argument that the civil rights restored exception violated the Equal Protection Clause for the same reasons the court articulated in United States v. Hancock. Like the First, Fourth, and Seventh Circuits, the court applied intermediate scrutiny to section 922(g)(9) and held that it was constitutional on its face and as applied to defendant. Accordingly, the court affirmed the judgment of the district court.

Petitioner, convicted of malice murder and sentenced to death, appealed the district court’s denial of her 28 U.S.C. 2254 federal habeas petition. Petitioner convinced her on-again, off-again lover to kill her on-again, off-again husband. The court concluded that the district court correctly denied federal habeas relief on petitioner’s ineffective assistance of counsel claim where the state court reasonably found that she had failed to carry her burden of demonstrating that she was prejudiced by counsel’s advice during the plea process; correctly denied petitioner’s Brady v. Maryland claim where the state habeas court reasonably found that further impeachment of petitioner’s lover based on the undisclosed statements contained in the prosecution team’s notes would not have created a reasonable probability of a different result in either phase of the trial; and correctly rejected petitioner’s penalty phase claim of ineffective assistance of counsel where the state habeas court’s finding that trial counsel conducted a constitutionally adequate mitigation investigation did not involve an unreasonable application of Strickland v. Washington or depend on an unreasonable finding of fact. Accordingly, the court affirmed the judgment of the district court.