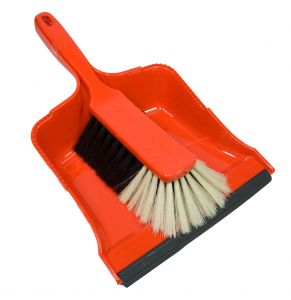 Grand Resort, which has operated in the Great Smoky Mountains since 1982, claims that TripAdvisor’s publication of a survey that concluded that Grand Resort was the dirtiest hotel in America caused irreparable damage to its business and that TripAdvisor used a flawed rating system that distorted actual performance and perspective. The district court dismissed, reasoning that the “dirtiest hotels” list is protected opinion; it reflects TripAdvisor’s users’ subjective opinions and is not capable of being defamatory. The court rejected a motion to amend to add claims of trade libel-injurious falsehood and tortious interference with prospective business relationships to the claims of false light-invasion of privacy and of defamation. The Sixth Circuit affirmed, noting that amendment of the complaint would be futile.

Wilson Lucom was an American expatriate who wished to bequeath assets worth more than $200 million to a foundation established for impoverished children in Panama. Plaintiff, Lucom’s attorney, filed suit against the Arias Group/Arias Family, Lucom’s wife and step-children, under the Racketeering Influenced and Corrupt Organizations Act (RICO), 18 U.S.C. 1961-1968, alleging that the Arias Group participated in a criminal conspiracy to thwart plaintiff through acts of intimidation, extortion, corruption, theft, money laundering, and bribery of foreign officials, so that the Arias Group could steal the Estate assets for themselves. At issue on appeal was RICO’s four-year statute of limitations on civil actions and the “separate accrual” rule. Under the rule, the commission of a separable, new predicate act within a 4-year limitations period permitted a plaintiff to recover for the additional damages caused by that act. The court concluded that none of the injuries in plaintiff’s complaint were new and independent because all of his alleged injuries were continuations of injuries that have been accumulating since before September 2007. The court agreed with the district court that plaintiff had done little more than repackage his 2007 abuse of process complaint. Therefore, plaintiff’s civil RICO complaint was untimely, and the district court did not err when it granted summary judgment in favor of the Arias Group.

This action involved competing claims to the retirement benefits of the late Thomas Sullivan, a former National Football League (NFL) running back for the Philadelphia Eagles. Thomas married Lavona Hill in Maryland in 1979. They separated in 1983, but never divorced. In 1986, Thomas purported to marry Barbara Sullivan in South Carolina. Sullivan was unaware of Thomas’ prior marriage to Hill. In 1991, Thomas submitted pension forms to the NFL indicating Sullivan was his current spouse. Thomas died in 2002. Thereafter, Sullivan filed a claim with the Bert Bell/Pete Rozelle NFL Player Retirement Plan (the Plan), which provided benefits to a player’s surviving spouse, defining the term as “a [p]layer’s lawful spouse, as recognized under applicable state law.” In November 2002, the Plan began paying Sullivan monthly benefits. Four years later, Hill contacted the Plan to request benefits. Following an investigation, the Plan suspended payments to Sullivan pending a court order identifying Thomas’s surviving spouse. After Hill failed to obtain that order, the Plan resumed payments to Sullivan. In 2009, Hill filed this action against the Plan in Pennsylvania state court, claiming entitlement to Thomas’s retirement benefits. The Plan removed the case to federal district court and filed an interpleader counterclaim, joining Sullivan as a party. The United States Third Circuit Court of Appeals certified a question to the South Carolina Supreme Court over whether South Carolina law recognized the “putative spouse” or “putative marriage” doctrine. The Supreme Court answered the certified question “no.”