You Kids Turn Down that Noise! Justia Weekly Writers’ Picks 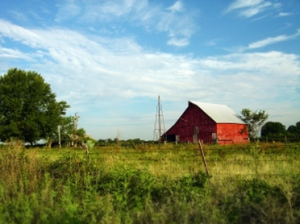 Certain amplified music concerts were conducted on farm land in a rural county. The county board of zoning appeals later ordered the business owners who hosted the concerts to limit the concerts to one per year, but the business owners defied the order. Plaintiff, a neighborhood property owner, filed suit seeking to enforce the zoning authority’s decision and to abate the concerts as a common-law nuisance. The trial court granted Defendants’ motion to dismiss, concluding (1) the concerts were exempted from local land use regulations because they qualified as “agriculture”; and (2) the Tennessee Right to Farm Act (Act) precluded nuisance liability. The Supreme Court reversed, holding (1) the concerts were not “agriculture” for the purpose of the zoning laws; and (2) the Act did not apply to the music concerts, and Plaintiff presented a prima facie case of common-law nuisance. Remanded

Plaintiffs filed putative class-action suits over ten years ago under the Alien Tort Statute (ATS), 28 U.S.C. 1350, on behalf of those harmed by the South African legal regime known as “apartheid.” Plaintiffs asserted that defendants aided and abetted violations of customary international law committed by the South African government by selling cars and computers to the South African government. Defendants petitioned for mandamus relief. The court concluded that, in light of the Supreme Court’s decision in Kiobel v. Royal Dutch Petroleum Co., issuance of the writ was unnecessary in this case because defendants have an adequate means of relief through a motion for judgment on the pleadings; plaintiffs’ arguments that Kiobel did not apply where defendants were American citizens, or where the case involved American interests, were without merit; and, because the Kiobel decision plainly foreclosed plaintiffs’ claims as a matter of law, the court need not consider whether defendants have asserted a valid basis for “collateral order” jurisdiction under 28 U.S.C. 1291. Accordingly, the court denied the petition for mandamus relief and vacated the stay placed by the court on proceedings in the district court.

Scottie Pippen won six championship rings with the Chicago Bulls and was named to the National Basketball Association’s list of the 50 greatest players in its history. Since he retired in 2004, he has lost much of the fortune he amassed during his playing days through bad investments. He has pursued multiple lawsuits against former financial and legal advisors. The media learned of Pippen’s problems and several news organizations incorrectly reported that he had filed for bankruptcy. Pippen contends that the false reports have impaired his ability to earn a living by product endorsements and appearances. He filed suit, alleging that he was defamed and cast in a false light. The district court dismissed, finding that the falsehoods did not fit any of the categories of statements recognized by Illinois law to be so innately harmful that damages may be presumed and that the complaint did not plausibly allege that the defendants had published the falsehoods with knowledge the statement was false or reckless disregard of whether it was false, as required for a public figure such as Pippen to recover defamation damages. The Seventh Circuit affirmed.

Plaintiffs Richard and Susan Queen sued Defendant TA Operating, LLC for an injury Mr. Queen sustained when he slipped and fell in a parking lot operated by TA. During the court of the proceedings, the Queens filed for Chapter 7 bankruptcy, but did not disclose this case in its bankruptcy pleadings. TA learned of the omission and brought it to the attention of the bankruptcy trustee. The Queens amended their bankruptcy petition, providing an estimate of the value of its litigation with TA for the slip and fall. The Queens were ultimately granted a no-asset discharge in bankruptcy. TA then moved the district court to dismiss on the grounds of judicial estoppel because the Queens did not disclose the lawsuit in their bankruptcy proceedings. The district court granted TA summary judgment, and the Queens appealed, arguing the district court erred in applying judicial estoppel. Because the Queens adopted an inconsistent position that was accepted by the bankruptcy court, and because the Queens would receive an unfair advantage if not estopped from pursuing the district court action, the Tenth Circuit concluded it was not an abuse of discretion to grant TA summary judgment.