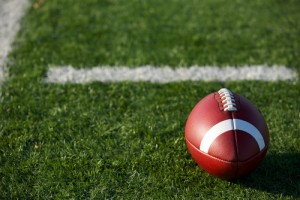 Retired Hall of Fame football player, James “Jim” Brown, filed suit against EA, alleging that EA violated section 43(a) of the Lanham Act, 15 U.S.C. 1125(a), through the use of Brown’s likeness in EA’s “Madden NFL” series of football video games. The court rejected the “likelihood of confusion” test and the “alternative means” test, concluding that the only relevant legal framework for balancing the public’s right to be free from consumer confusion about Brown’s affiliation with “Madden NFL” and EA’s First Amendment rights in the context of Brown’s section 43(a) claim was the Rogers v. Grimaldi test. Applying the Rogers test, the court concluded that the use of Brown’s likeness was artistically relevant to the “Madden NFL” games and that there were no alleged facts to support the claim that EA explicitly mislead consumers as to Brown’s involvement with the games. In this case, the public interest in free expression outweighed the public interest in avoiding consumer confusion. Accordingly, the court affirmed the district court’s grant of EA’s motion to dismiss.

Former starting quarterback for Arizona State University, Samuel Keller, filed a putative class action suit against EA, alleging that EA violated his right of publicity under California Civil Code 3344 and California common law by using Keller’s likeness as part of the “NCAA Football” video game series. EA moved to strike the complaint as a strategic lawsuit against public participation (SLAPP) under California’s anti-SLAPP statute, Cal. Civ. Proc. Code 425.16. The court concluded that EA could not prevail as a matter of law based on the transformative use defense where EA’s use did not qualify for First Amendment protection because it literally recreated Keller in the very setting in which he had achieved renown. The court also concluded that, although there was some overlap between the transformative use test and the Rogers v. Grimaldi test, the Rogers test should not be imported wholesale to the right-of-publicity claims. Finally, the court concluded that state law defenses for reporting of information did not protect EA’s use. Accordingly, the court affirmed the district court’s denial of the motion to strike the complaint.

The Thomas M. Cooley Law School, accredited by the ABA, enrolls more students than any other U.S. law school and plans to expand.  Cooley charges full-time students tuition of $36,750 per year, exclusive of other costs, and, according to U.S. News & World Report, has the lowest admission standards of any accredited law school. The school has a very low retention rate.  In a 66-page complaint, 12 graduates claimed that the school disseminated false employment statistics, upon which they relied as assurances that they would obtain full-time attorney jobs after graduating. After graduation, the graduates did not obtain the kind of employment the statistics advertised; some found no employment at all. They claimed that, had they known the truth, they would not have attended Cooley or would have paid less tuition. They have sought, among other relief, partial tuition reimbursement, which they estimated for the class would be $300,000,000. The district court dismissed. The Sixth Circuit affirmed, reasoning that the Michigan Consumer Protection Act does not apply to the facts. The complaint shows that one of the statistics on which they relied was objectively true and reliance on the statistics, without further inquiry, was unreasonable.

Petitioners, residents of New Castle County, befriended a stray dog called Maggie. They later turned Maggie over to the Kent County Society for the Prevention of Cruelty to Animals (SPCA). Subsequently, Petitioners told the SCPA they would like to adopt Maggie. After concluding that the SPCA had euthanized Maggie, Petitioners filed this action, seeking to compel the SPCA to comply with the state’s Shelter Standards Law, including strict compliance with its euthanasia requirements. The SPCA moved to dismiss the action, claiming, among other things, that Petitioners lacked standing to pursue their claims. The Court of Chancery dismissed the action, concluding that Petitioners failed to satisfy the “legally protected interest” element of standing because they did not own Maggie, and their statement of interest to adopt Maggie was not sufficient to create a reasonably conceivable legally protected interest in Maggie.