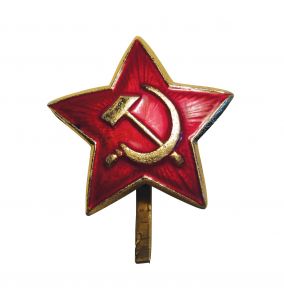 In 1982 Hobbs was working as a photographer on a Russian cruise ship where he had a brief affair with a Russian waitress. Based on the experience, he wrote a song, “Natasha” about an ill-fated romance between a man from the U.K. and a Ukrainian woman. In 1983, he registered his copyright to “Natasha” in the United Kingdom and sent the song to several music publishers, including a company that published songs composed by Elton John and Bernard Taupin. Hobbs’s efforts to find a publisher for “Natasha” were unsuccessful. In 1985, Elton John released his very successful song, “Nikita,” in which a singer from “the west” describes his love for Nikita, whom the singer saw “by the wall” and who is on the other side of a “line” held in by “guns and gates.” Hobbs filed a copyright infringement claim 27 years later. The district court dismissed. The Seventh Circuit affirmed, finding that the songs were not substantially similar. The Copyright Act does not protect general ideas, such as a romance between a western man and a woman from behind the iron curtain, but only the particular expression of an idea.

Plaintiff sued Marvel for patent infringement and breach of contract, claiming that it had used his ideas in developing a Spider-Man role-playing toy called the “Web Blaster” without compensating him. The parties subsequently agreed to settle the case while appeals were pending and executed a Settlement Agreement. Thereafter, Marvel entered into a licensing agreement with Hasbro giving it the right to produce the Web Blaster. At issue was the calculation of royalties for subsequent iterations of the Web Blaster. The court joined its sister circuits in holding, pursuant to Brulotte v. Thys Co., that a so-called “hybrid” licensing agreement encompassing inseparable patent and non-patent rights was unenforceable beyond the expiration date of the underlying patent, unless the agreement provided a discounted rate for the non-patent rights or some other clear indication that the royalty at issue was in no way subject to patent leverage. Accordingly, the court affirmed the district court’s grant of summary judgment in favor of Marvel, concluding that plaintiff could not recover royalties under the Settlement Agreement beyond the expiration date of the patent at issue.

David and Marcia Rosecky entered into a parentage agreement (agreement) with Monica and Cory Schissel under which the parties agreed that Monica would become pregnant and carry a child for the Roseckys. Through artificial insemination using Monica’s egg and David’s sperm, Monica became pregnant and later gave birth to a child. Shortly before the child’s birth, Monica decided she did not want to give up her parental rights and sought custody and placement of the child. David, in response, sought enforcement of the agreement. The circuit court concluded that the agreement was not enforceable and awarded sole custody of the child to David, primary placement to David, and secondary placement to Monica. The Supreme Court reversed, holding (1) a parentage agreement is a valid, enforceable contract unless its enforcement is contrary to the best interests of the child; (2) none of the traditional defenses to the enforcement of a contact applied in this case to render the agreement unenforceable; and (3) the circuit court erred in rendering its custody and placement decision without consideration of the agreement. Remanded for a hearing on custody and placement.