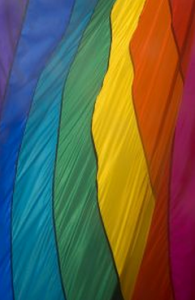 This week’s legal news was dominated by four highly anticipated opinions that came down from the United States Supreme Court on affirmative action, voting rights and marriage equality.  That said, our writers also found a few other opinions of note to include in their weekly picks.

Click here to review the Justia summary and read commentary on these two decisions.

Click here to review the Justia summary and read commentary on this decision.

Click here to review the Justia summary and read commentary on this decision.

Decedent was already married when he and Plaintiff obtained a marriage license and held their wedding ceremony. Three years later, Decedent was killed in an accident at a construction site. Plaintiff filed this wrongful death action against Defendant, claiming she was the putative spouse of Decedent. Defendant moved for summary judgment, contending that Plaintiff lacked standing to sue in this case because she did not have the requisite “good faith belief” under Cal. Civ. P. Code 377.60 that her marriage to Decedent was valid. The trial court granted summary judgment for Defendant after applying an objective test for putative spouse status. The court of appeal reversed, holding that Plaintiff’s subjective state of mind, if found credible by the trial court, could support a finding of good faith belief and establish putative spouse status. The Supreme Court affirmed, holding (1) section 377.60 contemplates a subjective standard that focuses on the alleged putative spouse’s state of mind to determine whether she had a genuine belief in the validity of the marriage; and (2) the trial court erred in applying a reasonable person test that required Plaintiff’s belief in the validity of the marriage to be objectively reasonable.