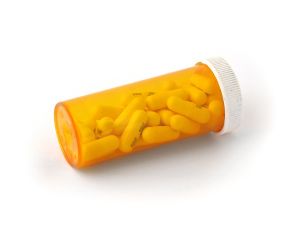 Justia Summary: The Food, Drug, and Cosmetic Act requires Food and Drug Administration (FDA) approval before marketing any brand-name or generic drug in interstate commerce, 21 U.S.C. 355(a). The manufacturer of an approved drug is prohibited from making any major change to the “qualitative or quantitative formulation of the drug product, including active ingredients, or in the specifications provided in the approved application.” Generic manufacturers are also prohibited from making any unilateral change to a drug’s label. In 2004, a patient was prescribed Clinoril, a brand-name nonsteroidal anti-inflammatory drug (NSAID) sulindac, for shoulder pain. Her pharmacist dispensed a generic form of sulindac manufactured by Mutual. The patient developed an acute case of toxic epidermal necrolysis and is severely disfigured, has physical disabilities, and is nearly blind. At the time of the prescription, sulindac’s label did not specifically refer to toxic epidermal necrolysis. By 2005, the FDA had recommended changing all NSAID labeling to contain a more explicit toxic epidermal necrolysis warning. A jury found Mutual liable on a design-defect claim and awarded the patient more than $21 million. The First Circuit affirmed. The Supreme Court reversed. State-law design-defect claims based on the adequacy of a drug’s warnings are preempted by federal law under a 2011 Supreme Court decision, PLIVA, Inc. v. Mensing. It is impossible for Mutual to comply with both its federal-law duty not to alter sulindac’s label or composition and its state-law duty to either strengthen the warnings on the label or change sulindac’s design. Redesign was not possible because the FDCA requires a generic drug to have the same active ingredients, route of administration, dosage form, strength, and labeling as its brand-name drug equivalent and, due to sulindac’s simple composition, the drug is chemically incapable of being redesigned. Mutual could only ameliorate sulindac’s “risk-utility” profile, therefore, by strengthening its warnings, an action forbidden by federal law.

Justia Summary:  Based on the 1978 strangling death of a 74-year-old, Schad was convicted in 1985 of first-degree murder and sentenced to death. After extensive Arizona state and federal court proceedings, the Supreme Court denied petitions for certiorari and for rehearing. Schad immediately moved for a stay pending the Ninth Circuit’s decision in a separate en banc case The Ninth Circuit denied the motion, stating that an indefinite stay “would unduly interfere with Arizona’s execution process,” but also declined to issue its mandate as normally required by Federal Rule of Appellate Procedure 41(d)(2)(D). The court instead, sua sponte, construed Schad’s motion as a motion to reconsider a motion that it had denied six months earlier and remanded to the district court. Arizona then set an execution date. Based on its review of that previously rejected motion, the Ninth Circuit issued a stay a few days before Schad’s scheduled execution. The Supreme Court granted Arizona’s petition to vacate the stay and remanded with instructions to issue the mandate immediately, without any further proceedings. The Ninth Circuit did not demonstrate that exceptional circumstances justified withholding its mandate; its failure to issue its mandate constituted an abuse of discretion.

Justia Summary:  Under Title VII (42 U.S.C. 2000e–2(a)(1)), an employer’s liability for workplace harassment may depend on the status of the harasser. If the harassing employee is the victim’s co-worker, the employer is liable only if it was negligent in controlling working conditions. If the harasser is a “supervisor,” however, and the harassment culminates in a tangible employment action, the employer is strictly liable. If there was no tangible employment action, the employer may escape liability by establishing that the employer exercised reasonable care to prevent and correct harassing behavior and that the plaintiff unreasonably failed to take advantage of preventive or corrective opportunities provided by the employer. Vance, an African-American woman, sued her employer, BSU, alleging that a fellow employee, Davis, created a racially hostile work environment in violation of Title VII. The district court entered summary judgment, holding that BSU was not vicariously liable for Davis’ alleged actions because Davis, who could not take tangible employment actions against Vance, was not a supervisor. The Seventh Circuit and Supreme Court affirmed. An employee is a “supervisor” for purposes of vicarious liability under Title VII only if empowered by the employer to take tangible employment actions against the victim. A definition that draws a sharp line between co-workers and supervisors, with the authority to take tangible employment actions as the defining characteristic of a supervisor, can be readily applied. Supervisor status will often be discerned before or soon after litigation commences and is likely to be resolved as a matter of law before trial. This definition will not leave employees unprotected against harassment by co-workers who possess some authority to assign daily tasks and accounts for the fact that many modern organizations have abandoned a hierarchical management structure in favor of giving employees overlapping authority with respect to assignments. 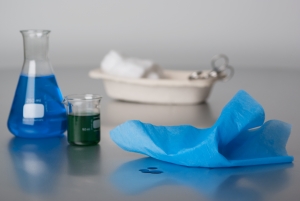 Justia Summary:  The Texas university medical center has an agreement with Parkland Memorial Hospital, requiring the Hospital to offer vacant staff physician posts to University faculty members. A physician of Middle Eastern descent, both a University faculty member and a Hospital staff physician, claimed that Levine, one of his University supervisors, was biased against him because of his religion and ethnic heritage. He complained to Fitz, Levine’s super¬visor. He wanted to continue working at the Hospital without also being on the University faculty. He resigned his teaching post and sent a letter to Fitz and others, stating that he was leaving because of Levine’s harassment. Fitz, wanting public exoneration for Levine, objected to the Hospital’s job offer, which was then withdrawn. The doctor sued, claiming that Levine’s harassment resulted in his constructive discharge from the University, in violation of 42 U.S.C. 2000e–2(a), and that Fitz’s efforts to prevent his hiring were in retaliation for complaining about that harassment, in violation of section 2000e–3(a). A jury agreed on both claims. The Fifth Circuit vacated as to the constructive-discharge claim, but affirmed with respect to retaliation, reasoning that retaliation claims under 2000e–3(a) require only a showing that retaliation was a motivating factor for the adverse employment action, not its but-for cause. The Supreme Court vacated and remanded. Title VII retaliation claims must be proved according to traditional principles of but-for causation, not the lessened causation test stated in section 2000e–2(m). Title VII’s anti-retaliation provision appears in a different section from its status-based discrimination ban and uses the term “because,” indicating that retaliation claims require proof that desire to retaliate was the but-for cause of the challenged employment action. The Court noted that retaliation claims are made with “ever¬increasing frequency” and that lessening the standard could contribute to the filing of frivolous claims.