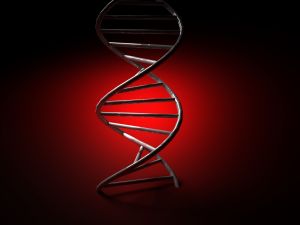 Myriad obtained patents after discovering the precise location and sequence of the BRCA1 and BRCA2 genes, mutations of which can dramatically increase the risk of breast and ovarian cancer. The discovery enabled Myriad to develop medical tests for detecting mutations for assessing cancer risk. Myriad’s patents would give it the exclusive rights to isolate an individual’s BRCA1 and BRCA2 genes and to synthetically create BRCA composite DNA. The district court entered summary judgment, finding the patents invalid under 35 U.S.C. 101 because they covered products of nature. On remand following the Supreme Court’s decision, Mayo Collaborative Servs. v. Prometheus Labs, Inc., the Federal Circuit found both isolated DNA and composite DNA patent-eligible. The Supreme Court affirmed in part and reversed in part, noting that the case did not involve “method claims” for new applications of knowledge about the genes or the patentability of DNA in which the order of the naturally occurring nucleotides has been altered. A naturally-occurring DNA segment is not patent-eligible merely because it has been isolated, but composite DNA is patent-eligible because it is not naturally-occurring. Myriad did not create or alter the genetic information encoded in the genes or the genetic structure of the DNA. Even brilliant discovery does not alone satisfy the section 101 inquiry. Myriad’s claims are not saved by the fact that isolating DNA from the human genome severs chemical bonds that bind gene molecules together. The claims are not expressed in terms of chemical composition, nor do they rely on the chemical changes resulting from the isolation of a particular DNA section. Composite DNA, however, is not a “product of nature;” a lab technician unquestionably creates something new when introns are removed from a DNA sequence to make composite DNA.

Plaintiff sued Marvel, contending that he conceived the comic book character “Ghost Rider,” the related characters, and the origin story. Plaintiff also claimed that he owned the renewal term copyrights in those works. On appeal, plaintiff challenged the district court’s grant of summary judgment in favor of Marvel, holding that plaintiff had assigned any rights he had in the renewal term copyrights to Marvel when he executed a form work-for-hire agreement (the Agreement), six years after the initial publication of the issue in question. The court, by applying the “strong presumption against the conveyance of renewal rights,” concluded that the district court erred in holding as a matter of law that plaintiff had assigned his renewal rights to Marvel by signing the Agreement; plaintiff’s claim was not untimely as a matter of law because there were genuine disputes regarding whether plaintiff should have known about Marvel’s repudiation of his claim of ownership; and there were genuine disputes of material fact that precluded granting summary judgment on the issue of authorship. Accordingly, the court vacated and remanded for trial.

Hitchcock worked for Angel Corps, which performs non-medical care services. Upon learning that Hitchcock was pregnant, her supervisor questioned Hitchcock about whether she would return to work after giving birth, significantly increased Hitchcock’s workload, and reviewed Hitchcock’s work more often.  On April 5 Hitchcock went to the home of a new client who was 100 years old and living with her son. Hitchcock claims that felt like she had stepped “into a horror movie” and feared for her safety. Hitchcock told her supervisor that the client “was possibly dying, or already dead.” An ambulance was sent. Angel Corps suspended Hitchcock’s client visits pending investigation, which revealed that the client had been dead for two or three days by the time of Hitchcock’s visit. On May 3, Hitchcock was fired, with a statement that, had Hitchcock done her assessment as originally scheduled on March 31, Hitchcock would have compromised the safety of the client by not conducting a proper assessment. Hitchcock sued, alleging violation of Title VII of the Civil Rights Act of 1964/Pregnancy Discrimination Act, 42 U.S.C. 2000e(k). The district court entered summary judgment for Angel Corps. The Seventh Circuit reversed.  Hitchcock submitted evidence that her supervisor expressed animus toward pregnant women and treated Hitchcock differently after learning she was pregnant; explanations for Hitchcock’s termination were “shifting, inconsistent, facially implausible, or all of the above.”

Appellant Keith Cressman objected to the image on the standard Oklahoma license plate. He believed the image of a Native American shooting an arrow toward the sky (a depiction of a sculpture entitled “Sacred Rain Arrow”) was religious speech he did not believe in and did not want to display on his vehicle. Oklahoma imposes sanctions for covering the image, or a separate fee for a vanity plate that has no image. Because he must either display the image or pay an additional fee, Appellant argued speech was being imposed on him in violation of his First Amendment rights. Upon review, the Tenth Circuit reversed and remanded the district court who initially dismissed Appellant’s complaint: (1) the image on the license plates is ideological, symbolic speech that qualified for First Amendment protection; and (2) the district court erred by assuming or speculating about certain facts rather than accepting them as true for consideration of Appellant’s motion to dismiss. The case was remanded for further proceedings.

Defendant Rebecca Christie was convicted for second-degree murder and child abuse for the death of her infant daughter. Defendant was an avid player of “World of Warcraft,” often engaging gameplay for hours and hours on end. As the Tenth Circuit noted, the neglect of the child wasn’t fatal if Defendant’s husband was around to provide care. When the husband left for an out-of-state deployment, nine days later the child died from dehydration. Defendant raised multiple issues on appeal, implicating her Fourth and Sixth Amendment rights. After its review of the trial court record, the Tenth Circuit affirmed, finding no violations of Defendant’s constitutional rights, or errors entitling her to dismissal of her convictions.