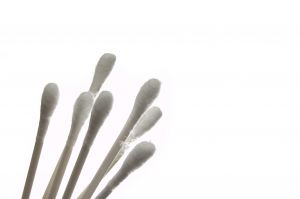 After his arrest on first- and second-degree assault charges, King was processed through a Wicomico County, Maryland, facility, where personnel used a cheek swab to take a DNA sample pursuant to the Maryland DNA Collection Act (Act), which authorizes officers to collect DNA samples from persons charged with violent crimes. A sample may not be added to a database before an individual is arraigned, and it must be destroyed if he is not convicted. Only identity information may be added to the database. King’s swab was matched to an unsolved 2003 rape. He unsuccessfully moved to suppress the DNA match. The Maryland Court of Appeals set aside his conviction, finding portions of the Act authorizing DNA collection from felony arrestees unconstitutional.  The Supreme Court reversed.  Taking and analyzing a cheek swab of the arrestee’s DNA is, like fingerprinting and photographing, a legitimate police booking procedure that is reasonable under the Fourth Amendment when officers make an arrest supported by probable cause to hold and bring the suspect to the station to be detained in custody, for a serious offense.  DNA testing involves minimal intrusion that may significantly improve both the criminal justice system and police investigative practices; it is quick and painless and requires no intrusion beneath the skin. When probable cause exists to remove an individual from the normal channels of society and hold him in legal custody, DNA identification plays a critical role in serving interests in properly identifying who has been arrested, ensuring that the custody of an arrestee does not create inordinate risks for staff, for the existing detainee population, and for a new detainee, and in ensuring that persons accused of crimes are available for trials. Identifying an arrestee as the perpetrator of some heinous crime may have the salutary effect of freeing a person wrongfully imprisoned. The Court noted that the test does not reveal an arrestee’s genetic traits and is unlikely to reveal any private medical information.

The EEOC sued Houston Funding, alleging that Houston Funding unlawfully discharged one of its employees because she was lactating and wanted to express milk at work. The district court granted summary judgment in favor of Houston Funding, finding that, as a matter of law, discharging a female employee because she was lactating or expressing milk did not constitute sex discrimination. However, given the court’s precedent, the court held that the EEOC’s argument that Houston Funding discharged the employee because she was lactating or expressing milk stated a cognizable sex discrimination claim under Title VII of the Civil Rights Act of 1964, 42 U.S.C. 2000e et seq. An adverse employment action motivated by these factors clearly imposed upon women a burden that male employees need not – indeed, could not – suffer. Moreover, the court held that lactation was a related medical condition of pregnancy for purposes of the Pregnancy Discrimination Act, 42 U.S.C. 2000e-(k). Accordingly, the court vacated and remanded for further proceedings.

Deloitte and Touche (Deloitte), a public accounting firm, performed a financial audit for Global Cash Access Holdings (GCA). While performing a financial audit for another client Larry Krause, a CPA employed by Deloitte, obtained an FBI intelligence bulletin containing information about alleged illegal acts committed by GCA and members of its board of directors (Appellants). Deloitte disclosed the allegations to GCA’s audit committee. A subsequent investigation revealed no evidence of misconduct on the part of GCA or Appellants. The investigation, however, resulted in a significant drop in GCA’s stock price. Appellants filed a complaint for defamation and tortious interference against Deloitte and Krause (collectively, Deloitte). The district court granted Deloitte’s motion for summary judgment, concluding that Deloitte’s communications to the audit committee were protected by a conditional privilege. The Supreme Court affirmed on different grounds, holding (1) one who is required by law to publish defamatory matter is absolutely privileged to publish it when the communication is made pursuant to a lawful process and to a qualified person; and (2) Deloitte’s statement to GCA’s audit committee was therefore absolutely privileged as a matter of law because Deloitte communicated information about alleged illegal acts in accordance with federal securities law.

Four certified questions of law from the United States District Court for the District of Oregon went before the Oregon Supreme Court. All centered on the mortgage finance industry’s practice of naming the Mortgage Electronic Recording System, Inc. (MERS) rather than the lender, as a security instrument’s mortgagee or beneficiary and the Oregon Trust Deed Act (OTDA). The Oregon Supreme Court concluded that under Oregon Law, an entity like MERS cannot be a trust deed’s beneficiary; ORS 86.735(1) does not require recordation of “assignments” of a trust deed by operation of law that results from the transfer of the secured property; MERS cannot hold or transfer legal title to the trust deed; and MERS’ authority to foreclose must derive from the original beneficiary and successors in interest.

The issue before the Supreme Court in this case centered on nonjudicial foreclosure of trust deeds under the Oregon Trust Deed Act (OTDA) and the mortgage finance industry’s practice of naming the Mortgage Electronic Recording System, Inc., (MERS), rather than the lender, as a trust deed’s “beneficiary.” Plaintiff argued that, although the trust deed identified MERS as the beneficiary of the trust deed, neither MERS nor any of the other entities involved in the foreclosure had any legal or beneficial interest in the trust deed that would allow them to foreclose. The trial court granted summary judgment to defendants, but the Court of Appeals reversed, holding that a genuine issue of material fact existed as to whether all of the requirements for nonjudicial foreclosure set out in the OTDA had been satisfied. The Supreme Court, after its review, also concluded that a genuine issue of material fact existed, but for a different reason than the one the Court of Appeals identified.