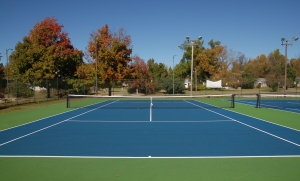 Tennis Channel, a sports programming network and intervenor in this suit, filed a complaint against Comcast Cable, a multichannel video programming distributor (MVPD), alleging that Comcast violated section 616 of the Communications Act of 1934, 47 U.S.C. 536(a)(3), and the Commission’s regulations by refusing to broadcast Tennis as widely as it did its own affiliated sports programming networks, Golf Channel and Versus. An ALJ ruled against Comcast, ordering that it provide Tennis carriage equal to what it afforded Golf and Versus, and the Commission affirmed. The court concluded that Comcast prevailed with its third set of arguments on appeal, that even under the Commission’s interpretation of section 616, the Commission had failed to identify adequate evidence of unlawful discrimination. The Commission had nothing to refute Comcast’s contention that its rejection of Tennis’s proposal was simply “a straight up financial analysis.” Accordingly, the court granted the petition.

SAMS contracted with Environs to provide architectural services for construction of a Homewood Suites hotel in Fort Wayne. Environs was to be paid a flat fee of $70,000. The contract stated: The Owner [SAMS] agrees that to the fullest extent permitted by law, Environs Architects/Planners, Inc. total liability to the Owner shall not exceed the amount of the total lump sum fee due to negligence, errors, omissions, strict liability, breach of contract or breach of warranty. The hotel was nearly complete when serious structural defects were discovered. The building department condemned the structure. Attempts to remedy failed; the hotel was demolished without opening. SAMS estimated its loss at more than $4.2 million. While SAMS’s suit against Environs was pending, the Indiana Supreme Court held that the “economic loss rule” applies to construction contracts under Indiana law: a party to a contract cannot be liable under a tort theory for any purely economic loss caused by negligent performance of the contract, absent any personal injury or damage to other property. The district court applied the rule to grant summary judgment rejecting SAMS’s negligence claim and held that SAMS’s recovery on its breach of contract claim would be limited to $70,000. The Seventh Circuit affirmed.

Husband sued Wife for divorce and custody of their children. Wife hired Law Firm to represent her in the proceedings. After the jury verdict, Law Firm sued both Wife and Husband for its fees. After a hearing, Husband and Wife agreed that the final decree would award Law Firm attorney fees against Wife only and would not award Wife attorney fees against Husband. The trial court rendered judgment in accordance with their agreement. Wife subsequently sought the protection of bankruptcy and was discharged. Law Firm appealed. The court of appeals rendered judgment for Law Firm against Husband and Wife jointly and severally, holding that Husband was liable for Wife’s Legal fees because (1) the obligation was a “community debt,” and (2) the legal fees were “necessaries” for which Husband was liable to the firm. The Supreme Court reversed, holding (1) Husband was not liable to pay Law Firm for legal services rendered to Wife unless those services were necessaries; and (2) legal services provided to one spouse in a divorce proceeding are not necessaries for which the other spouse is statutorily liable to pay the attorney.