Justia Writers’ Round Up – Supreme Court Opinions Issued May 28, 2013

Two opinions came down today from the United States Supreme Court. Read the summaries below and read the full text of the opinions at Justia’s U.S. Supreme Court Center. 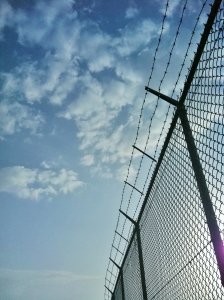 Henderson was stabbed to death after leaving a party with Perkins and Jones. Perkins was charged with murder.  Jones testified that Perkins alone committed the murder while Jones watched. Perkins testified that Jones and Henderson left him during the evening, and that he later saw Jones with blood on his clothing. Perkins was convicted and sentenced to life in prison without the possibility of parole. The Antiterrorism and Effective Death Penalty Act of 1996 gives a state prisoner one year to file a federal habeas corpus petition, 28 U. S. C. 244(d)(1)(A). If the petition alleges newly-discovered evidence, the filing deadline is one year from “the date on which the factual predicate of the claim … could have been discovered through … due diligence.” More than 11 years after his conviction became final in 1997, Perkins filed his federal habeas petition, alleging ineffective assistance of trial counsel. To overcome AEDPA’s time limitations, he asserted newly discovered evidence of actual innocence in the form of three affidavits, the most recent dated July 16, 2002, each pointing to Jones as the murderer. The district court found that, even if the affidavits could be characterized as evidence newly discovered, Perkins had failed to show diligence entitling him to equitable tolling of AEDPA’s limitations period, and, alternatively, that Perkins had not shown that, taking account of all the evidence, no reasonable juror would have convicted him. The Sixth Circuit reversed, holding that Perkins’ actual-innocence claim allowed him to present his ineffective-assistance claim as if it had been filed on time. The Supreme Court vacated and remanded. A federal habeas court, faced with an actual-innocence gateway claim, should count unjustifiable delay on a habeas petitioner’s part, not as an absolute barrier to relief, but as a factor in determining whether actual innocence has been reliably shown. A petitioner invoking the miscarriage of justice exception must show that it is more likely than not that no reasonable juror would have convicted him in light of the new evidence.” Unexplained delay in presenting new evidence bears on the determination whether the petitioner has made the requisite showing. The district court’s appraisal of Perkins’ petition as insufficient to meet the demanding Schlup standard for actual innocence should be dispositive, absent cause to upset that evaluation.

Trevino was convicted of capital murder in Texas state court and sentenced to death. Neither new counsel appointed for direct appeal nor new counsel appointed for state collateral review raised the claim that trial counsel provided ineffective assistance during the penalty phase by failing to adequately investigate and present mitigating circumstances. When that claim was finally raised in Trevino’s federal habeas petition, the district court stayed proceedings so Trevino could raise it in state court. The state court found the claim procedurally defaulted. The federal court concluded that this failure was an independent and adequate state ground barring federal courts from considering the claim. The Fifth Circuit affirmed.  The Supreme Court subsequently held, in Martinez v. Ryan, that “a procedural default will not bar a federal habeas court from hearing a substantial claim of ineffective assistance at trial if, in the [State’s] initial-review collateral proceeding, there was no counsel or counsel in that proceeding was ineffective.” Martinez concerned a prisoner from Arizona, where state law required the prisoner to raise the claim during his first state collateral review proceeding. Texas law does not require a defendant to raise his ineffective-assistance claim on collateral review and the Fifth Circuit subsequently held that Martinez was inapplicable to Texas cases. The Supreme Court vacated and remanded. Where, as here, state procedures make it highly unlikely in a typical case that a defendant will have a meaningful opportunity to raise an ineffective-¬assistance-of-trial-counsel claim on direct appeal, the Martinez exception applies. Texas procedures make it nearly impossible for an ineffective-assistance claim to be presented on direct review; a writ of habeas corpus is normally needed to gather the facts necessary for evaluating such claims. Were Martinez not to apply, the Texas procedural system would create significant unfairness. The Court noted Texas courts’ own “well-supported determination that collateral review normally is the preferred procedural route for raising an ineffective-assistance-of-trial-counsel claim.” Failure to consider a lawyer’s “ineffectiveness” during an initial-review collateral proceeding as a potential “cause” for excusing a procedural default will deprive the defendant of any opportunity for review of an ineffective-assistance-of-trial-counsel claim.

Should the Law Prohibit Anti-Fat Discrimination?

Members-Only Unionism is Lawful and Can Make Sense

NYU law professor Samuel Estreicher responds to an op-ed by Ron Holland criticizing the recent announcement of a members-only union of 300 Google workers.