You Reap What You Patent – Justia Weekly Writers’ Picks 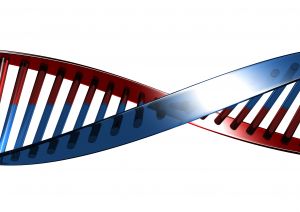 Monsanto invented and patented Roundup Ready soybean seeds, which contain a genetic alteration that allows them to survive exposure to the herbicide glyphosate. It sells the seeds subject to a licensing agreement that permits farmers to plant the purchased seed in only one growing season. Growers may consume or sell the resulting crops, but may not save any of the harvested soybeans for replanting. Bowman purchased Roundup Ready soybean seed for his first crop of each growing season. To reduce costs for his riskier late-season planting, Bowman purchased soybeans intended for consumption; planted them; treated the plants with glyphosate, killing all plants without the Roundup Ready trait; harvested the resulting soybeans that contained that trait; and saved some of these harvested seeds to use in his late-season planting the next season. After discovering this practice, Monsanto sued for patent infringement. Bowman raised the defense of patent exhaustion, which gives the purchaser of a patented article, or any subsequent owner, the right to use or resell that article. The district court rejected Bowman’s defense; the Federal Circuit affirmed.  In a unanimous decision, the Supreme Court affirmed. Patent exhaustion does not permit a farmer to reproduce patented seeds through planting and harvesting without permission. Under the patent exhaustion doctrine, the initial authorized sale terminates all patent rights to the patented item and confers on the purchaser, or any subsequent owner, the right to use or sell the thing, but the doctrine restricts the patentee’s rights only as to the “particular article” sold.  It leaves untouched the patentee’s ability to prevent a buyer from making new copies. By planting and harvesting patented seeds, Bowman made additional copies of Monsanto’s patented invention, which falls outside the protections of patent exhaustion. If Bowman were granted an exception, patents on seeds would retain little value.

Petitioner initiated proceedings pursuant to Article 3 of the Hague Convention on Civil Aspects of International Child Abduction, 51 Fed. Reg. 10, implemented by the International Child Abduction Remedies Act (ICARA), 42 U.S.C. 11601 et seq., and sought return of his children to Canada from New York in order to allow the Canadian courts to determine which parent was to be awarded custody of the children. The court concluded that the district court properly determined under the Convention that the parties’ last shared intention regarding the children’s residence was that they live in Canada and for that reason the habitual residence of the children remained in Canada; there was no basis to conclude that the district court clearly erred in finding that the children have not become so acclimatized to life in New York that returning them to Canada would be harmful to them; and respondent failed to prove any affirmative defense. The court considered respondent’s remaining arguments and found them to be without merit. Accordingly, the court affirmed the judgment.

Plaintiff was injured when he unsuccessfully tried to flip into an inflatable pool from a trampoline that had been set up directly adjacent to the pool in the backyard of a property he was renting from Defendants. Plaintiff filed a claim for negligence against Defendants for setting up and maintaining the trampoline next to the pool and for failing to warn him of the danger of jumping from the trampoline into the pool. The trial court ruled in favor of Defendants. The appeals court affirmed. The Supreme Court reversed, holding (1) a landowner has a duty to remedy an open and obvious danger where he has created and maintained that danger with the knowledge that lawful entrants would choose to encounter it despite the obvious risk of doing so; and (2) the judge erred in instructing the jury to cease deliberations if they concluded that the danger was open and obvious, and should have further instructed the jury that a landowner is not relieved from remedying open and obvious dangers where he can or should anticipate that the dangerous condition will cause physical harm to the lawful entrant notwithstanding its known or obvious danger.

According to appellant Chidiebele Gabriel Okonkwo, he received $60,000 dollars in the mail from a man in Nigeria whom he had never met, who told appellant that he needed assistance in making purchases in the United States. Appellant claimed that he believed the money was authentic currency. He took the money to three different locations with the intent of obtaining money orders. After he successfully obtained two money orders, he was arrested when a clerk who was suspicious about the authenticity of the money called the police. The police confirmed that the money had been forged. At trial, the sole issue was whether appellant knew that the money was forged. The State petitioned the Supreme Court for discretionary review to ask whether appellant’s trial counsel rendered ineffective assistance by failing to request a jury instruction on the defense of mistake of fact. Answering in the affirmative, the court of appeals reversed appellant’s conviction for forgery of money. The State raised two issues: (1) that the court of appeals erroneously used a subjective standard to assess whether defense counsel was ineffective; and (2) under an objective standard, counsel could not be held ineffective for failing to request a mistake-of-fact instruction because the State had to prove that appellant knew the money was forged as an element of its case. The Supreme Court disagreed with the State on its first challenge and agreed on its second. “The court of appeals did properly apply an objective standard, although it erred by failing to weigh the evidence in a light most favorable to the trial court’s ruling. Furthermore, the court of appeals erred by determining that counsel was objectively ineffective in light of the record in this case, which shows that it was an inconsistent, alternative theory asserted by appellant’s trial counsel, and its inclusion may have lessened the State’s burden of proof. We, therefore, reverse the judgment of the court of appeals.”