Justia Writers’ Round Up – Supreme Court Opinions Issued May 13, 2013

Sign Up to Receive FREE Supreme Court Summaries by Email 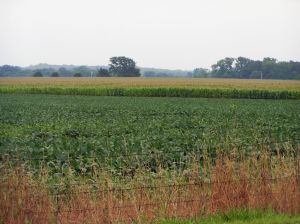 Monsanto invented and patented Roundup Ready soybean seeds, which contain a genetic alteration that allows them to survive exposure to the herbicide glyphosate. It sells the seeds subject to a licensing agreement that permits farmers to plant the purchased seed in only one growing season. Growers may consume or sell the resulting crops, but may not save any of the harvested soybeans for replanting. Bowman purchased Roundup Ready soybean seed for his first crop of each growing season. To reduce costs for his riskier late-season planting, Bowman purchased soybeans intended for consumption; planted them; treated the plants with glyphosate, killing all plants without the Roundup Ready trait; harvested the resulting soybeans that contained that trait; and saved some of these harvested seeds to use in his late-season planting the next season. After discovering this practice, Monsanto sued for patent infringement. Bowman raised the defense of patent exhaustion, which gives the purchaser of a patented article, or any subsequent owner, the right to use or resell that article. The district court rejected Bowman’s defense; the Federal Circuit affirmed. In a unanimous decision, the Supreme Court affirmed. Patent exhaustion does not permit a farmer to reproduce patented seeds through planting and harvesting without permission. Under the patent exhaustion doctrine, the initial authorized sale terminates all patent rights to the patented item and confers on the purchaser, or any subsequent owner, the right to use or sell the thing, but the doctrine restricts the patentee’s rights only as to the “particular article” sold. It leaves untouched the patentee’s ability to prevent a buyer from making new copies. By planting and harvesting patented seeds, Bowman made additional copies of Monsanto’s patented invention, which falls outside the protections of patent exhaustion. If Bowman were granted an exception, patents on seeds would retain little value.

Petitioner’s father established a trust for the benefit of petitioner and his siblings, and made petitioner the nonprofessional trustee. The trust’s sole asset was the father’s life insurance policy. Petitioner borrowed funds from the trust three times; all borrowed funds were repaid with interest. His siblings obtained a state court judgment for breach of fiduciary duty, though the court found no apparent malicious motive. The court imposed constructive trusts on petitioner’s interests, including his interest in the original trust, to secure payment of the judgment, with respondent serving as trustee for all of the trusts. Petitioner filed for bankruptcy. Respondent opposed discharge of debts to the trust. The Bankruptcy Court held that petitioner’s debts were not dischargeable under 11 U. S. C. 523(a)(4), which provides that an individual cannot obtain a bankruptcy discharge from a debt “for fraud or defalcation while acting in a fiduciary capacity, embezzlement, or larceny.” The district court and the Eleventh Circuit affirmed. The Supreme Court vacated. The term “defalcation” in the Bankruptcy Code includes a culpable state of mind requirement involving knowledge of, or gross recklessness in respect to, the improper nature of the fiduciary behavior. The Court previously interpreted the term “fraud” in the exceptions to mean “positive fraud, or fraud in fact, involving moral turpitude or intentional wrong.” The term “defalcation” should be treated similarly. Where the conduct does not involve bad faith, moral turpitude, or other immoral conduct, “defalcation” requires an intentional wrong. An intentional wrong includes not only conduct that the fiduciary knows is improper but also reckless conduct of the kind that the criminal law often treats as the equivalent. Where actual knowledge of wrongdoing is lacking, conduct is considered as equivalent if, as set forth in the Model Penal Code, the fiduciary “consciously disregards,” or is willfully blind to, “a substantial and unjustifiable risk” that his conduct will violate a fiduciary duty.

The Federal Aviation Administration Authorization Act (FAAAA) preempts state laws “related to a price, route, or service of any motor carrier … with respect to the transportation of property.” 49 U. S. C. 14501(c)(1). Pelkey sued in New Hampshire state court, alleging that Dan’s towing company towed his car from a parking lot without Pelkey’s knowledge, failed to notify him of its plan to auction the car, held an auction despite Pelkey’s notice that he wanted to reclaim the car, and traded the car away without compensating Pelkey. Pelkey alleged Dan’s did not meet the requirements of New Hampshire statutes, chapter 262, which regulates disposal of abandoned vehicles by a “storage company;” violated New Hampshire’s Consumer Protection Act; and violated its duties as a bailee The court granted Dan’s summary judgment, concluding that the FAAAA preempted Pelkey’s claims. The New Hampshire Supreme Court reversed, finding FAAAA preemption inapplicable to claims related to conduct in post-storage disposal, as opposed to conduct concerning “transportation of property,” or a “service.” The Supreme Court affirmed. Section 14501(c)(1) does not preempt state-law claims stemming from the storage and disposal of a towed vehicle. Pelkey’s claims are not related to “transportation of property” nor the “service” of a motor carrier. The words “with respect to the transportation of property” limit the FAAAA’s preemptive scope. Transportation of Pelkey’s car from his landlord’s parking lot was a service that ended months before the conduct on which Pelkey’s claims are based. The New Hampshire prescriptions Pelkey invokes hardly constrain participation in interstate commerce by requiring a motor carrier to offer services not available in the market. Nor do they “freez[e] into place services that carriers might prefer to discontinue in the future.”