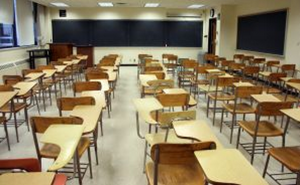 Michigan’s 2012 Public Act 53 provides: “A public school employer’s use of public school resources to assist a labor organization in collecting dues or service fees from wages of public school employees is a prohibited contribution to the administration of a labor organization,” so that unions must collect their own membership dues from public-school employees, rather than have the schools collect those dues via payroll deductions. The Act does not bar public employers other than schools from collecting membership dues for unions who represent their employees.  Unions and union members challenged the Act under the First Amendment and the Equal Protection Clause. The district court entered a preliminary injunction barring enforcement.  The Sixth Circuit reversed, quoting the Supreme Court: “The First Amendment prohibits government from ‘abridging the freedom of speech’; it does not confer an affirmative right to use government payroll mechanisms for the purpose of obtaining funds for expression.” The court further reasoned that there is a legitimate interest in support of the Act’s classification; the legislature could have concluded that it is more important for the public schools to conserve their limited resources for their core mission than it is for other state and local employers.

Plaintiff spent 24 years in prison after being convicted for murder based largely upon the perjured testimony of an unreliable jailhouse informant. Plaintiff filed this action under 42 U.S.C. 1983, claiming that the District Attorney’s Office failed to create any system for the Deputy District Attorneys handling criminal cases to access information pertaining to the benefits provided to jailhouse informants and other impeachment information, and failed to train Deputy District Attorneys to disseminate this information. At issue on appeal was whether a district attorney acted as a local or a state official when establishing policy and training related to the use of jailhouse informants. The court concluded that the policies challenged by plaintiff were distinct from the acts the district attorney undertook on behalf of the state. Even taking into account the control and supervisory powers of the Attorney General, the District Attorney represented the county when establishing policy and training related to the use of jailhouse informants. Therefore, a cause of action could lie against the county under 42 U.S.C. 1983. Accordingly, the court reversed the district court’s grant of summary judgment on the pleadings.

Melissa and Heather Gartner were a married lesbian couple. Heather conceived a child using an anonymous sperm donor. The child was born during the spouses’ marriage. The Gartners requested a birth certificate recognizing both Heather and Melissa as the child’s parents. The Department of Public Health refused to place the name of the nonbirthing spouse in a lesbian marriage on the birth certificate without the spouse first adopting the child. The district court ordered the Department to issue the Gartners a birth certificate listing both spouses as parents but did not require the Department to extend the same practice to other married lesbian couples. The Supreme Court affirmed as modified, holding (1) Iowa Code 144.13(2), Iowa’s presumption of parentage statute, violates the equal protection clause of the Iowa Constitution because it allows for only “the name of the husband” to appear on the birth certificate; and (2) accordingly, the Department must presumptively list on a child’s birth certificate the nonbirthing spouse in a lesbian marriage when the child was born to one of the spouses during their marriage.

Appellant Gregg Baird hired Dawn Killian to stay at his home and care for his dog while he was away on vacation. During her stay, Killian used appellant’s computer in his master bedroom and found child pornography. At a pre-trial suppression hearing, appellant claimed that Killian’s access to his bedroom and computer was illegal; therefore, the State could not use the evidence against him at his trial. The trial court denied appellant’s motion to suppress the images taken from his computer. Specifically, the trial court found that appellant did not explicitly exclude Killian from his bedroom or from his computer; that he walked her through the master bedroom and bathroom; and that he told her to “[h]elp [her]self to anything.” Based on these fact findings, the trial court determined that Killian had the appellant’s effective consent to enter the bedroom and use the computer, and held that, without establishing that Killian violated the law, appellant could not exclude the material.  Appellant challenged the trial court’s finding, pointing to his own testimony that this comment was only made in the kitchen, and specifically in reference to food. However, after review of the trial court record, the Supreme Court found that appellant repeated that statement at least once during the tour of the home and told her also to “[h]elp herself to everything.” That supported the trial court’s finding that appellant gave Killian his apparent consent: “[. . .] He did not expressly banish her from the bedroom, nor did he forbid her to use his computer. He showed her how to operate the television and stereo. He did not power the computer down or password-protect it, and he admitted that he allowed his roommate to use it regularly. Given this convergence of facts, the trial court was justified in concluding that Killian had the appellant’s apparent consent–that is to say, it is clear and manifest to the understanding that she had his assent in fact-to enter his bedroom and use his computer.”