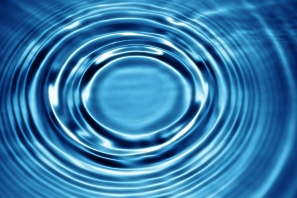 Defendant owned more than 300 acres of land where he has held weekend music festivals at which drug use was widespread. Defendant invited various bands to perform at the festivals and he also performed with his own Grateful Dead tribute band. After law enforcement conducted an undercover investigation into the illegal drug sales at the festivals, defendant was indicted on one count of managing a drug involved premises in violation of 21 U.S.C. 856(a)(2). Defendant entered a conditional guilty plea and appealed the district court’s denial of his motion to dismiss the indictment. The court concluded that section 856(a)(2) did not require proof that defendant had the illegal purpose to use, manufacture, sell, or distribute controlled substances; it was sufficient that defendant intended to make his property available to others who had that purpose; section 856(a)(2) did not violate the Fifth Amendment due process clause or defendant’s First Amendment rights; and the indictment satisfied the requirements of Federal Rule of Criminal Procedure 7(c) by adequately stating the offense with which defendant was being charged. Accordingly, the court affirmed the judgment.

Virginia’s Freedom of Information Act grants Virginia citizens access to all public records, but grants no such right to non-Virginians. Citizens of other states, including the owner of a business that obtains real estate tax records on behalf of clients, filed requests under the Act. After each was denied, they filed a 42 U. S. C. 1983 suit, alleging violations of the Privileges and Immunities Clause and the dormant Commerce Clause. The district court granted Virginia summary judgment. The Fourth Circuit and the Supreme Court affirmed. The Constitution does not guarantee the existence of FOIA laws. The Privileges and Immunities Clause protects only privileges and immunities that are “fundamental.” The Clause protects the right of citizens to “ply their trade, practice their occupation, or pursue a common calling,” only with respect to laws enacted for the protectionist purpose of burdening out-of-state citizens. Virginia’s FOIA exists to allow Virginia citizens to obtain an accounting from their public officials; noncitizens have no comparable need. The distinction between citizens and noncitizens recognizes that citizens pay fixed costs underlying record-keeping. The law does not prevent noncitizens from obtaining documents necessary to the transfer of property or deprive noncitizens of “reasonable and adequate” access to Commonwealth courts. It gives noncitizens access to non-privileged litigation documents, to judicial records, and to records pertaining directly to them.  Virginia’s FOIA does not violate the dormant Commerce Clause. It neither prohibits access to an interstate market nor imposes burdensome regulation on that market; if there is a “market” for Virginia’s public documents, it is a market for a product that the Commonwealth has created and of which the Commonwealth is the sole manufacturer.

Defendant was a juvenile who admitted giving hydrocodone to another student. Defendant’s confession was made directly in answer to questions from the school assistant principal, who was working with a deputy sheriff (School Resource Officer or SRO), also present. The SRO did not read Defendant his Miranda rights before the questioning. Defendant was subsequently charged with possessing and dispensing a controlled substance, a felony, in a juvenile petition. After unsuccessfully filing a motion to suppress, Defendant entered a conditional guilty plea to the charge. Defendant subsequently appealed the denial of his motion. At issue before the Supreme Court was whether a student is entitled to the benefit of the Miranda warnings before being questioned by a school official in conjunction with a law enforcement officer, the SRO, when he is subject to criminal charges. The Supreme Court reversed, holding that the statements Defendant made before law enforcement when he was questioned by the assistant principal must be suppressed because he was in custody and was not given the Miranda warnings.