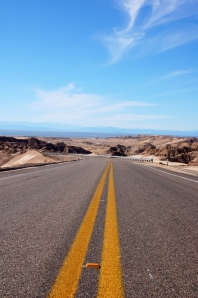 McNeely, stopped for speeding and crossing the centerline, declined to take a breath test to measure his blood alcohol concentration (BAC). He was arrested and taken to a hospital. The officer never attempted to secure a search warrant. McNeely refused to consent, but the officer directed a lab technician to take a sample. McNeely’s BAC tested above the legal limit, and he was charged with driving while intoxicated. The trial court suppressed the test result, concluding that the exigency exception to the warrant requirement did not apply because, apart from the fact that McNeely’s blood alcohol was dissipating, no circumstances suggested that the officer faced an emergency. The Missouri Supreme Court and U.S. Supreme Court affirmed. The Court looked to the “totality of circumstances,” declining to announce a per se rule. When officers in drunk-driving investigations can reasonably obtain a warrant before having a blood sample drawn without significantly undermining the efficacy of the search, the Fourth Amendment mandates that they do so. Circumstances may make obtaining a warrant impractical such that dissipation will support an exigency, but that is a reason to decide each case on its facts. Blood testing is different in critical respects from other destruction-of-evidence cases; BAC evidence naturally dissipates in a gradual and relatively predictable manner. Because an officer must typically obtain a trained medical professional’s assistance before having a blood test conducted, some delay between the time of the arrest and time of the test is inevitable regardless of whether a warrant is obtained.

The United States Postal Services (USPS) terminated Plaintiff’s employment contract after discovering, through a sting operation, that Plaintiff had stolen mail containing money. The Postal Service Board of Contract Appeals (PSBCA) convened an evidentiary hearing and determined that Plaintiff’s breach of his employment contract justified the decision to terminate his contract. Plaintiff did not appeal this decision. Meanwhile, Plaintiff initiated a Federal Tort Claims Act (FTCA) suit against the United States for the actions of USPS employees on the date of the sting, alleging six torts. The district court dismissed three of the claims and granted summary judgment to the government on the remaining claims. The First Circuit Court of Appeals affirmed the district court as to all claims, holding (1) the district court correctly concluded that the PSCBA’s findings precluded re-litigation of the factual issues in Plaintiff’s FTCA suit; and (2) summary judgment was properly granted as to Plaintiff’s FTCA claims for negligent supervision, malicious prosecution, and invasion of privacy by postal inspectors.

Defendant, an attorney and the brother-in-law of Trent Lott, appealed from the denial of his 28 U.S.C. 2255 motion challenging one of his two convictions for bribing a judge. Defendant’s conviction stemmed from his bribe of a circuit court judge in a lawsuit involving a fee-sharing dispute with co-counsel (the “Wilson Case”). Defendant offered to recommend the judge to Lott, who at the time was a U.S. Senator, for a district court judgeship in exchange for the judge’s help in winning the Wilson Case. The court concluded that Skilling v. United States, which addressed the constitutionality of the honest-services statute, 18 U.S.C. 1346, had no effect on the district court’s subject matter jurisdiction over defendant’s guilty plea. Defendant had shown neither his actual innocence of post-Skilling honest-services fraud nor that there was cause and prejudice for failing to raise a constitutional-vagueness challenge to section 1346. Therefore, defendant procedurally defaulted on his claim and the district court correctly denied his section 2255 motion. Finally, the court rejected defendant’s First Amendment overbreadth challenge to section 1346. Accordingly, the court affirmed the judgment.

Days after a widely-publicized threat by a Florida pastor to burn 200 copies of the Quran on the 2010 anniversary of the September 11 terrorist attacks, Conaway posted on Facebook his plans to burn the “holy quaran” and invited people to witness the event at his home address. Conaway then began making phone calls to an imam and government officials, repeating his threats to burn the Quran and threatening other violent acts. These calls culminated in a standoff at Conaway’s home, with response by more than 12 agencies and evacuation of the street. His threats, including a promise blow up the entire block, were bogus; a device strapped to his chest held squares of putty, not explosive C-4. He was sentenced to concurrent sentences of 60 months’ imprisonment after pleading guilty to making false threats to detonate an explosive device, 18 U.S.C. 1038(a)(1), and influencing a federal official by threat, 18 U.S.C. 115(a)(1)(B).  The Seventh Circuit affirmed. The trial court “simply concluded that it was appropriate to assign more weight to the extraordinary nature of the crime and the need to protect the public” from Conaway’s escalating pattern of menacing behavior than to Conway’s claims of mental illness.