Justia’s Weekly Writers’ Picks – Down by the Mystic River 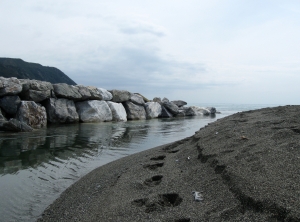 James “Whitey” Bulger was the leader of a criminal organization in Boston from 1972 to 1999. An indictment returned by a federal grand jury charged Bulger with a number of federal offenses, including violations of the Racketeer Influenced and Corrupt Organizations (RICO) Act, and the indictment alleged that Bulger committed nineteen murders ancillary to the RICO conspiracy. Bulger’s case was assigned to U.S. District Court Judge Richard Stearns. Bulger moved that Judge Stearns recuse himself, arguing that the judge’s prior employment as head of the U.S. Attorney’s Criminal Division in Boston and his close friendship with FBI Director Robert Mueller created an appearance of impropriety necessitating recusal. Judge Stearns denied the motion. Bulger subsequently petitioned the First Circuit Court of Appeals for a writ of mandamus requiring reversal of the judge’s order denying the motion for recusal. In an opinion written by Hon. David H. Souter, the First Circuit granted the petition and ordered the case to be reassigned to a different judge “because it is clear that a reasonable person would question the capacity for impartiality of any judicial officer with the judge’s particular background in the federal prosecutorial apparatus in Boston during the period covered by the accusations.”

Northington worked for H & M. She dated a fellow employee who was also involved with employee Sims. Sims made threats. Northington reported Sims’ behavior to manager Collins, who was then dating (subsequently married) Sims’ mother, the assistant manager. Sims ultimately physically assaulted Northington away from H & M property. The state court issued a protective order. Northington provided the order to the Union, but not to H & M. Northington complained to H & M officers, but did not complain that the harassment was based on race or gender. Based on her behavior during a safety inspection, the inspector suspected that Northington was under the influence of drugs. Northington left the testing facility without giving a required urine sample. Three company officers concurred in terminating her employment, unaware of her criminal complaint against Sims. Northington claimed retaliation in violation of Title VII. The district court found that H & M’s conduct in deleting inactive email accounts was negligent but not willful; assessed H & M costs and fees; deemed specific facts admitted; and precluded H & M from making certain arguments, but granted H & M summary judgment, finding that Northington did not establish that she had participated in protected activity under Title VII.  The Seventh Circuit affirmed. The discovery sanction did not preclude summary judgment.

Plaintiffs brought suit on behalf of a class of individuals from China who were seeking to acquire permanent resident status in the employment-based third preference category (EB-3). Plaintiffs alleged that during the 2008-2009 fiscal years, defendants did not allocate immigrant visas to eligible applicants in the correct order, thereby delaying their applications, and their eligibility for adjustment of status. The court held that the district court properly dismissed the complaint because there was no live case or controversy about the establishment of visa cut-off dates, and the allocation of visa numbers, in the 2008 and 2009 fiscal years. The district court did not err in dismissing plaintiffs’ claims for prospective relief because they did not allege that defendants failed to take discrete actions they were legally required to take. Accordingly, the court affirmed the judgment of the district court.