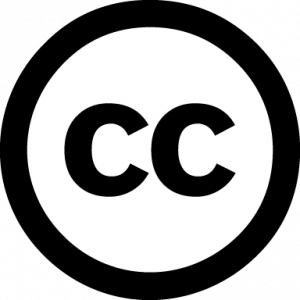 California Assemblyman Brian Nestande (R-42nd Dist.) has put forth a bill to apply a Creative Commons License to the California Code of Regulations (CCR). According to Mr. Nestande’s site, “AB 292 will provide that the full text of the California Code of Regulations shall have an open access creative commons attribution license, allowing any individual, at no cost, to use, distribute and create derivative works based on the material for either commercial or noncommercial purposes.”

Right now, the Office of Administrative Law (OAL) owns and publishes the CCR. The OAL was created by Cal. Gov’t Code §11340. Cal. Gov. Code §11343 et seq governs the filing and publication of the Cal. Code Regs. The Office of Administrative law collects the regulations from issuing agencies, and after notice, sends them to the Secretary of State for certification. The OAL is then charged with providing for the “or the official compilation, printing, and publication of adoption, amendment, or repeal of regulations, which shall be known as the California Code of Regulations.” (Cal. Gov’t Code §11344(a)).

The OAL currently contracts with Thompson West/Barclay’s to publish the official version of the CCR. According to Mr. Nestande’s office, the OAL licenses the CCR to West for $400,000 per year, plus 7% of all royalties. [The office did not have a copy of the latest contract, but you can see the contract for 2009-2012 here]. We don’t how much it would cost to produce the CCR in house, but it’s not a stretch to imagine that the OAL is turning a profit on this deal – which seems to be outside the scope of its charter in 11344.4. Mr. Nestande’s office points out that this creates a conflict of interest for the OAL – “As more businesses are covered by new regulations, more businesses need to purchase access to those regulations from Thomson, and OAL derives a larger profit.  This makes it difficult to be truly objective when approving new regulations, if it directly benefits from expanding the state’s regulatory burden.”

I think the bigger conflict of interest is that Cal Gov’t Code §11344(a) requires the OAL to post the CCR’s online for free, but their incentive for profit is interfering with the public’s ability to view and use those regulations. The CCR is hosted online by Westlaw. They are papered over with disclaimers (“The Official California Code of Regulations is available in looseleaf printed format from Thomson – West / Barclays (1-800-888-3600)) and copyright statements (© 2013 Office of Administrative Law for the State of California;” “Use of all or part of the data displayed on this site for commercial or other unauthorized purposes is prohibited.”). The regs on the site are not indexed by Google, and users cannot download or copy them without violating the copyright. What’s more, they’re not official. The Bluebook requires you to cite to the official version, which is the Westlaw Compilation.

There’s another absurdity in the status quo: Westlaw actually sells copies of its Compilated Regs to other state offices. You know, state regulatory offices that devised the regs to begin with. According to the Assemblyman’s office, “Nearly all state agencies and departments purchase the compilation from West, in addition to hundreds of trade associations, and individual business owners that purchase single section subscriptions.”

Let’s back this up and explain it slowly:

The OAL’s job is to publish state regulations.

It licenses that job to West, in exchange for a bunch of money (including royalties).

West takes the CCR and sells it BACK TO THE STATE, and a different state agency gets a cut of the profits.

I’ve got an idea. Let’s put the Creative Commons license on the CCR, make the OFFICIAL version  available for bulk download online,  and then let the government agencies, businesses, and trade associations use, remix, and improve it at will. Nothing is preventing West from doing the same.

If you’re getting tired of blog posts like these, I suggest you write to Mr. Nestande’s office and tell him that you support his bill, and why.