The Dog Did It – Justia’s Weekly Writers’ Picks 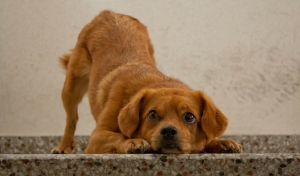 After falling on the street and injuring her leg, Plaintiff commenced this negligence action against Communications Specialists, Inc. (CSI) for creating a hazardous condition in the road by failing to properly pave over a trench CSI cut to install high-speed fiber-optic cable underneath the street. To rebut Plaintiff’s testimony that a dip in the trench caused her to fall, CSI subpoenaed a physician who treated Plaintiff shortly after the accident and declared that Plaintiff “tripped over a dog.” CSI paid the doctor $10,000 for appearing at trial. Plaintiff’s counsel asked the court to charge the jury that, pursuant to N.Y. C.P.L.R. 8001, the doctor was entitled to a witness fee of $15 per day. The court gave the jury a general bias charge but made no specific reference to the payment the doctor received for appearing at trial. The jury found that CSI was negligent but that such negligence was not a substantial factor in bringing about the accident. The Court of Appeals affirmed, holding (1) the trial court should have issued a bias charge specifically tailored to address the payment CSI made to the doctor; but (2) the court’s failure to issue such an instruction in this case was harmless.

Read More: Jurors Must Be Told of Well-Paid Witnesses

Ohio Governor Ted Strickland appointed Steven Terry to fill a vacancy on the Cuyahoga County Court of Common Pleas. Terry sought reelection to retain the seat and enlisted the help of County Auditor Russo, a presence in Cleveland politics. The FBI was investigating Russo and had tapped his phones.  Russo had a phone conversation with an attorney about foreclosure cases on Terry’s docket and promised to make sure Terry did what he was “supposed to do.” Later, by phone, Russo told Terry to deny motions for summary judgment. Terry said he would and did so. Russo ultimately pled guilty to 21political corruption counts and received a 262-month prison sentence.  Terry  was convicted of conspiring with Russo to commit mail fraud and honest services fraud; and honest services fraud by accepting things of value from Russo and others in exchange for favorable official action, 18 U.S.C. 201(b)(2). The district court sentenced him to 63 months. The Sixth Circuit affirmed, quoting once-Speaker of the California General Assembly, Jesse Unruh, “If you can’t eat [lobbyists’] food, drink their booze, . . . take their money and then vote against them, you’ve got no business being [in politics],”

Defendants pled guilty to one count of receipt of stolen mail and one count of mail theft. During the 2010 holiday season, defendants drove through neighborhoods on “Christmas shopping” trips in search of packages on porches, doorways, or in community mailboxes to steal. On appeal, defendants argued that the district court erred by including certain expenses the USPS incurred to avert future mail thefts as loss, for purposes of both sentencing and restitution. The court held that the district court was not clearly erroneous in concluding that the expense the USPS incurred was a reasonably foreseeable pecuniary harm resulting from defendants’ actions. The USPS theft prevention measures were directed at defendants’ ongoing crime spree that concluded after the USPS changed its delivery procedures. The court held, however, that the district court plainly erred in ordering restitution for the USPS’s expenses where mail theft – not unlawful possession – caused the USPS to change its procedure. Accordingly, the court affirmed defendants’ sentences but vacated that portion of the restitution order awarding restitution for the USPS’s expenses.