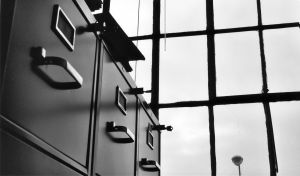 FDSys is the digital repository for federal publications. It is operated by the Government Printing Office. Last year, the Judicial Council announced that it would begin integrating some opinions from PACER into FDSys. It began with opinions from 28 courts (three circuit courts of appeal). In December, I checked up on that and saw that FDSys had slip opinions in it and that they were actually being indexed by Google. I noted that they were a little behind, and they were slip opinions, not the officially published opinion, but hey – better than nothing.

In the latest announcement, the Judicial Council tells us that  “the functionality to transfer opinions to FDsys is included in the latest release of CM/ECF which is now available to all courts. Twenty-nine courts participated in the original pilot, and now, all courts may opt to participate in the program.” If I am reading this correctly, federal courts may now opt in to have their opinions transferred to FDSys. It’s not automatic or mandatory.

The GPO takes pains to establish their documents in FDSys as “authentic” and “digitally signed,” but that doesn’t mean a lot for court opinions. They are slip opinions, and they are not official. They can only be cited until they are officially published by the Federal Reporter (i.e., Thompson West), and that probably happens before they are even uploaded to FDSys. By the time they are in FDSys, they may already be moot. Sure, the public can read them free of charge – but we can’t use them for anything. In order to cite to that opinion, you must look it up in the Federal Reporter, and pay for the privilege.

Don’t get me wrong – I love the idea of a free, accessible database of all government publications, but we’ve got a ways to go. It seems as though there is a genuine disconnect between AOC and GPO folks about the usefulness of slip opinions. All circuit courts publish their slips online right away – but then they pass ownership on to Thompson West. It’s great that we get immediate access to the decision, and that has paved the way for innovation in the private sector (free Justia caselaw summaries, for example). But it’s time to take the next step and start self publishing case law. You can read all about that here.