CourtCloud Helps Courts Publish Their Own Opinions – For Free 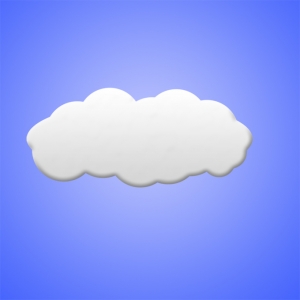 CALI has developed a prototype for uploading, storing, and sharing official court opinions called CourtCloud. Elmer Masters, the Director of Internet Development there, calls it a “Dropbox for courts.” The purpose of CourtCloud is to help courts self-publish their opinions.

I’ll break it down for non-technical people (such as myself):

The court clerk or judge has a CourtCloud folder on their computer desktop. When the opinions are written and ready to go, the clerk will drag it into the folder. From there, it is uploaded to the secure Court Cloud server. There, an algorithm converts it to pdf, html, and xml formats and places them into the same folder. The clerk can retrieve them in the chosen format and publish them to the court website. A copy will also automatically go to the Free Law Reporter, CALI’s court opinion database.

CourtCloud can only be accessed by the courts who use it, so there’s no risk that the opinions will somehow be altered. It will be free for them to use, or perhaps they can run their own instance. We know that some courts are paying a hefty fee to West for a similar service ($350k per year, to be exact, according to the U.S. Court of Appeals for the Ninth Circuit).

All state and federal courts (except for Alabama) post copies of their slip opinions for free on their websites. CourtCloud would make their job easier and get their opinions into the Free Law Reporter stream, which is aiming to create electronic casebooks for law students. It could potentially be used to add in paragraph numbers or a citation format as well, helping them to self-publish official opinions instead of just the slips.

If you want more information, contact him at emasters at cali dot org.