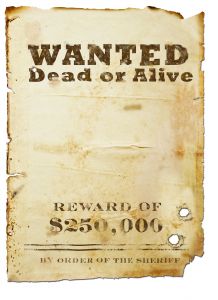 Plaintiff, a freelance photographer, took a photograph of a man, who called himself Clark Rockefeller, and the man’s daughter. Later, it was discovered that the man had abducted his daughter and that his real name was Christian Gerhartsreiter. The photo was used by the FBI in a “Wanted” poster and was distributed in the media. Appellee Sony Pictures Television, Inc. subsequently produced a movie based on Gerhartsreiter’s identity deception. In the movie, Sony pictured the photo using an image similar and pose and composition to Plaintiff’s original. The photo, however, was different in a number of respects. Plaintiff filed this infringement action, alleging a copyright violation. The district court granted summary judgment for Appellees, concluding that no reasonable jury could find substantial similarity between Sony’s recreated photo and Plaintiff’s original. The First Circuit Court of Appeals affirmed, holding that no jury could properly conclude that Sony’s adaption of the photo infringed Plaintiff’s copyright in his work.

Arbor builds homes in Indiana and contracted with Willmez Plumbing, which was to obtain insurance naming Arbor as an additional insured. Willmez subcontracted to Alarcon. After the work was ostensibly completed, the buyers noticed a foul odor and felt ill. Alarcon had not connected the plumbing to the main sewer line. Raw sewage had discharged into the crawl space. Willmez corrected the connection. Arbor contracted for cleanup that required excavation and decontamination and cost about $65,000. The owners demanded replacement of the house. Arbor told Willmez to notify its insurer West Bend. Hearing nothing, Arbor assumed the insurer had no objections and agreed to build a new home, pay closing costs and moving expenses, and to compensate for any increase in mortgage rate. Arbor sued Willmez, alleging negligence, breach of contract, slander of title, and constructive fraud, and sent West Bend a copy. The district court granted West Bend summary judgment, finding that it was relieved of duties to defend or indemnify by “fungi and bacteria exclusion” and “voluntary payments” provisions. The Seventh Circuit affirmed. Although Arbor’s quick and decisive action was laudable, failure to obtain West Bend’s consent to the settlement relieved it of any obligation.

The issue before the Supreme Court in this case was whether a law-enforcement officer seeking to obtain a search warrant, under Article 18.01 of the Texas Code of Criminal Procedure, must swear out the affidavit in support of that warrant in the physical presence of the magistrate or whether he may do so telephonically. On June 29, 2008, the appellant was arrested and charged with misdemeanor driving while intoxicated. The stipulated facts established that the appellant was stopped by State Trooper J. Ortega for traveling 80 miles per hour in a 70 mile-per-hour zone. When probable cause to suspect the appellant of driving while intoxicated arose in the course of the stop, Ortega placed appellant under arrest and requested that she provide a breath specimen for testing. The appellant refused, so Ortega filled out an affidavit for a search warrant to obtain a specimen of her blood. Ortega then called Hill County Court at Law Judge A. Lee Harris on the telephone. Ortega and Harris “each recognized the other’s voice[,]” and in the course of the telephone conversation, Ortega “swore to and signed” the search warrant affidavit. The trial court denied the appellant’s motion to suppress. On appeal, appellant argued that the search warrant was invalid because the affidavit in support of the warrant was not sworn to in the physical presence of the magistrate, as she contended was required by Article 18.01 of the Code of Criminal Procedure. The Court of Appeals disagreed, holding that “a face-to-face meeting between the trooper and the judge was not required and the making of the oath over the telephone did not invalidate the search warrant.” The Supreme Court concluded that because Ortega and Judge Harris recognized one another’s voices on the telephone at the time Ortega swore out his warrant affidavit, it was properly solemnized. And because Ortega reduced the affidavit to writing and faxed it to Judge Harris for filing, the basis for probable cause was properly memorialized. Under these circumstances, the Court held that Article 18.01(b)’s requirement of a “sworn affidavit” was satisfied.