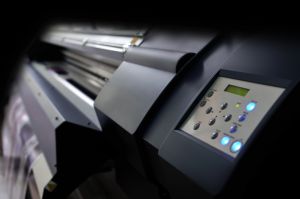 I guess we shouldn’t be surprised that it remains staus quo – Westlaw must have a mighty grip on the courts if they are able to charge $350k per year to post documents to a website. Stop and let that number sink in: $350k to convert word docs to pdf and upload them to the web. That is insane. And when you consider that Westlaw is taking those same opinions and selling them back to us, it’s even more insane. The law is produced at great expense to the American taxpayer (courts, judges, clerks, public attorneys, court reporters all cost money).  It carries the imprimatur of government, but is technically owned by private publishers. Judges are actually paying Westlaw to read the law they have written.

There is a solution: universal citation, which is a jargony way of saying courts should just put their own simple citation on an opinion and publish it as official. Drafters insert paragraph numbers into the document for pinpoint citation. Opinions are official and instantly citable once they are online. If the document is declared official by the court, they will also require you to cite to it. Implementing universal citation wouldn’t take much effort, especially now that in-house support is formatting, converting, and posting the documents for the Ninth Circuit.

The court has a major opportunity here. This is the American West – we started the digital revolution and we are leaders in innovation and technology worldwide. The Ninth Circuit has taken the first step toward eliminating the virtual paywall around court opinions, and now it needs to go further. Other courts of appeal will follow their lead.

The court cites cost savings and ease of use for bringing web posting in house. They want to make the documents friendly to read on a tablet, so they are using a .pdf format. That’s one way to embrace technology, but innovation would be better served by taking a leadership role in applying universal citation to the opinions.

Don’t worry about Lexis and Westlaw, though. They will still find a way to make money off of the slip opinions. As a matter of fact, they are currently fighting over using the temporary slip opinion citation that West produces.

PS. The court is now adding brief summaries to its opinions, which actually IS very useful to those who read them. The release notes that “West previously produced the summaries, but for copyright reasons they could not be included with opinions made online.” $350k doesn’t go very far these days, huh?