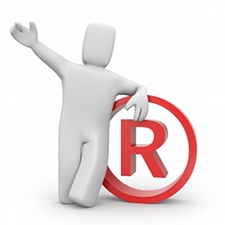 According to a recent EU Community Trademarks Bulletin, H-D’s two trademark registrations for the word ‘lightning’ were formally canceled by the EU on  November 22, 2012, and a publication correction was made today, November 26, 2012, to reflect Apple’s new registration marks.

The new EU trademark filings by Apple do not, however, reflect a complete transfer of Harley-Davidson’s rights to the trademark for all purposes.  Instead, the EU trademark codes in the filing show a partial transfer to Apple of rights to use ‘Lightning’ in connection with certain goods and services, while other trademark rights to the work mark still remain with H-D.

For example, Apple is using one partially transferred EU trademark (Apple EU Trademark Registration No. 011399821) for a wide-ranging assortment of consumer goods ranging from eyeglasses and wiring to TV sets and telephones.

Apple’s other partially transferred EU Trademark Registration (No. 011399862) lets the Cupertino-based company use the word mark for games, Christmas tree decorations, an assortment of toys for people, dogs, and cats; fishing rods and tackle, and other related goods.

Here is a look at the information published today by the EU reflecting the partial transfer (under code 851) of certain marks from H-D, and the motorcycle company’s partial retention (code 511) of the ‘lightning’ mark for certain goods and services: