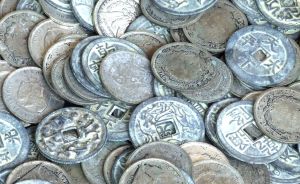 White created a website to advance white supremacy and included a statement that “everyone associated with the Matt Hale trial has deserved assassination for a long time.” The site also included information related to the foreperson of the jury that convicted Hale, a white supremacist, of criminally soliciting harm to a federal judge. Although a jury convicted him of soliciting the commission of a violent federal crime against a juror, 18 U.S.C. 373, the district court held that the government failed to present sufficient evidence for a reasonable juror to conclude that White was guilty of criminal solicitation, and that White’s speech was protected by the First Amendment. The Seventh Circuit reinstated the conviction and remanded for sentencing. A rational jury could have found beyond a reasonable doubt that, based on the contents of the website, its readership, and other contextual factors, White intentionally solicited a violent crime against Juror A by posting Juror A’s personal information on his website. Criminal solicitation is not protected by the First Amendment.

American Freedom Defense Initiative is a nonprofit corporation that wanted to place an advertisement on the side of city buses in Michigan. The advertisement read: “Fatwa on your head? Is your family or community threatening you? Leaving Islam? Got Questions? Get Answers! RefugefromIslam.com”. Suburban Mobility Authority for Regional Transportation (SMART), refused to display the advertisement. AFDI sued, claiming a First Amendment violation. The district court granted a preliminary injunction, holding that plaintiffs likely could show that SMART’s decision was arbitrary. The Sixth Circuit reversed. SMART’s policy prohibits: political or political campaign advertising; advertising promoting the sale of alcohol or tobacco; advertising that is false, misleading, or deceptive; advertising that is clearly defamatory or likely to hold up to scorn or ridicule any person or group of persons; and advertising that is obscene or pornographic; or in advocacy of imminent lawlessness or unlawful violent action. The restrictions, which concern a nonpublic forum are reasonable, viewpoint-neutral limits that do not deny AFDI’s First Amendment rights. The injunction would cause substantial harm to others, compelling SMART to post on its buses messages that have strong potential to alienate people and decrease ridership; the public interest would not be served by this preliminary injunction.

The Guild purchased twenty-three ancient Chinese and Cypriot coins from a dealer in London and subsequently challenged the seizure of the coins when it attempted to import them. On appeal, the Guild asked the court to engage in a review of the government’s implementation of the Convention on Cultural Property Implementation Act’s (CPIA), 19 U.S.C. 2601-2613, import restrictions on Chinese and Cypriot cultural property. The court concluded that the suit sought to have the judiciary assume a role that the statute did not intend for the court to assume. The court reviewed the Guild’s various claims and found them to be without merit. Accordingly, the court affirmed the district court’s interpretation of the CPIA and affirmed its grant of the government’s motion to dismiss.

Ky. Rev. Stat. 189.820 regulates safety on the public highways by requiring slow-moving vehicles to display a particular brightly colored emblem to warn of the vehicles’ slow speed. Appellants, all members of the Old Order Swartzentruber Amish, claimed that the requirement that they use the bright orange-yellow and the triangular shaped emblem unconstitutionally violated their freedom to practice their religion because the emblem interfered with their requirement to be plain and brightly displayed the trinity, a symbol not adopted by the Amish. The lower courts established the requisite rational basis for the statute and found that the bright color, reflective edge, and distinct shape of the slow-moving vehicle emblem required by the statute increased the visibility of the intended warning and was superior to the gray reflective tape proposed instead by Appellants. The Supreme Court affirmed, holding (1) because section 189.820 is a statute of general applicability, the government need only establish a rational basis for the statute in order to pass constitutional muster; and (2) the statute meets the rational basis standard of review and is thus not unconstitutional.

Karl Moseng and his wife Vicki Moseng were employed by Hartland Mutual Insurance Company. Lynn Frey was Vicki Moseng’s supervisor from 1985 to 2008. Karl Moseng alleged Frey used his position as a supervisor with Hartland to arrange sexual liaisons with Vicki Moseng from 1988 through 1991. Specifically, Karl Moseng alleged Frey sent Karl Moseng on geographically distant employment assignments to more easily allow the liaisons between Frey and Vicki Moseng. Karl Moseng brought claims of negligence and negligent infliction of emotional distress against Frey and Hartland. Frey and Hartland moved to dismiss under N.D.R.Civ.P. 12(b)(6). The trial court granted the dismissal with prejudice. Karl Moseng thereafter appealed, arguing his claims were legally sufficient to survive dismissal with prejudice. Upon review, the Supreme Court concluded Karl Moseng’s claims were legally insufficient, and affirmed.