Sprogis’s patent also includes a description of a customer walking into a store carrying EDSE information, enabling the consumer’s information “to be interrogated and read,” sent to a data processing facility, and be given an award. The picture below depicts a customer with an EDSE reader in his backpocket being “interrogated and read” as he approaches a store register: 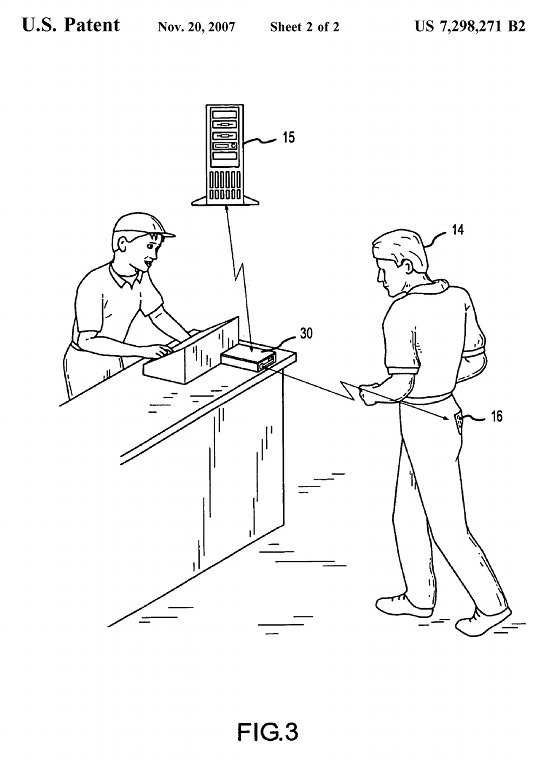 In addition to Google, Sprogis also sued another company, JVL Ventures, LLC, over its Isis Mobile Wallet Android app. That lawsuit alleges infringement of the same patent claims as in the Google Wallet case.

Read Sprogis’s claims in his patent infringement lawsuit over the Google Wallet app below: