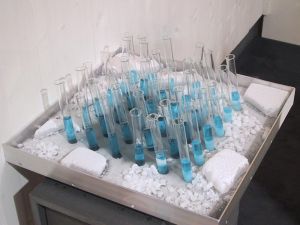 Burns v. Astrue, Utah Supreme Court (10/12/12)
Family Law, Public Benefits, Trusts & Estates
Here the Supreme Court answered a question of Utah law certified to it by the U.S. district court. The question was, “Is a signed agreement to donate preserved sperm to the donor’s wife in the event of his death sufficient to constitute ‘consent in a record’ to being the ‘parent’ of a child conceived by artificial means after the donor’s death under Utah intestacy law?” In this case, after she gave birth, the wife of the donor applied for social security benefits based on the donor’s earnings. The Social Security Administration denied the benefits, finding that the wife had not shown the child was the donor’s “child” as defined by the Social Security Act. The wife subsequently filed a petition for adjudication of paternity, and the district court adjudicated the donor to be the father of the child. On appeal, the U.S. district court certified the state law question to the Supreme Court. The Court held that an agreement leaving preserved frozen semen to the deceased donor’s wife does not, without more, confer on the donor the status of a parent for purposes of social security benefits.

Annechino v. Worthy, Washington Supreme Court (10/18/12)
Banking, Consumer Law, Insurance Law
The issue before the Supreme Court in this case was whether particular officers and employees of a bank owed a quasi-fiduciary duty to particular bank depositors. Michael and Theresa Annechino deposited a large amount of money at a bank specifically to ensure that their savings would be protected by the Federal Deposit Insurance Corporation (FDIC). The Annechinos relied on bank employees’ recommendations of how to structure their accounts to meet FDIC coverage rules. Unfortunately, the bank went into receivership, and the FDIC found that nearly $500,000 of the Annechinos’ deposits were not insured. The Annechinos alleged that individual officers and employees of the bank owed them a duty, the breach of which resulted in their loss. The trial court granted summary judgment in favor of the individual defendants, and the Court of Appeals affirmed. Upon review, the Supreme Court affirmed the Court of Appeals. The officers and employees of the bank did not owe the Annechinos a quasi-fiduciary duty. Holding the officers and employees personally liable under these facts would have contravened established law regarding liability for acts committed on behalf of a corporation or principal.

Carroll v. Merrill Lynch, Jim Kelliher, and Pat Kelliher, US 7th Cir. (10/16/12)
Criminal Law, Injury Law, Labor & Employment Law
Carroll and Kelliher worked at Merrill Lynch.  Carroll lodged a complaint that led to the firing of two employees. Restructuring followed and a supervisory position opened. Although Carroll did not apply, she felt “overlooked” when Merrill Lynch hired another. Carroll felt that Kelliher, apparently not involved with the earlier human resources complaint, was performing some of her duties. Around 9:00 PM on Thanksgiving, Carroll called Kelliher at home. As Carroll later admitted, she “snapped;” she acknowledged that, if she received a similar call, she would feel “threatened.” Mrs. Kelliher overheard loud accusations and began listening from another receiver. Increasingly frightened, she pushed the “record” button on her answering machine. The Kellihers did not call the police, but called a Merrill Lynch supervisor. At his supervisors’ request, Kelliher played the recording and reported Carroll’s call to the police. Two months later, Carroll filed a police report, accusing the Kellihers of violating the Illinois eavesdropping statute. Merrill Lynch fired Carroll for her conduct on the call. Carroll sued Kelliher and Merrill Lynch.  The district court entered summary judgment on her claim under the Illinois statute, concluding that the recording fell within the statute’s fear of crime exemption.  The Seventh Circuit affirmed.

Dex Media West, Inc., et al v. City of Seattle, et al, US 9th Cir. (10/15/12)
Civil Rights, Constitutional Law, Government & Administrative Law
Plaintiffs, Yellow Page Companies, challenged the validity of Seattle’s imposition of substantial conditions and costs on the distribution of yellow page phone directories (Ordinance 123427). The district court rejected plaintiffs’ challenges and granted summary judgment in favor of the City, allowing the Ordinance to stand. The court concluded that, although portions of the directories were obviously commercial in nature, the books contained more than that, and the court concluded that the directories were entitled to the full protection of the First Amendment. As a result, when the court evaluated the Ordinance under strict scrutiny, the Ordinance did not pass strict scrutiny because it was not the least restrictive means available to further the government’s interest. Accordingly, the court reversed the district court’s entry of summary judgment in favor of the City and remanded for the entry of judgment in favor of plaintiffs.