The Check is Not in the Mail . . . Justia Weekly Writers’ Picks

The future brother-in-law of Jessica Burkhardt tried to sue her on quasi-contract principles for a loan he gave his brother. The money was supposed to be used to help Burkhardt and Kohanowski buy a house together; the brother-in-law says Burkhardt was in the room on the other end of the phone when his brother accepted the terms of the loan. The engagement broke off, and while the brother reaffirmed the debt, the brother-in-law wanted to ensure his ex-potential-sister-in-law paid her share. The lower courts ruled in favor of the in-law, but the Supreme Court reversed, holding the “contract” was subject to the statute of frauds, which was not met here. 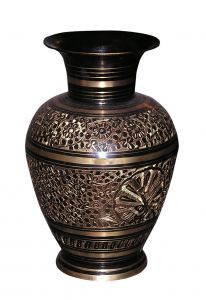 Defendant, a crematory operator, hid hundreds of uncremated bodies on his property rather than perform cremations he was paid to do. When Plaintiffs, who had received what they thought to be their deceased son’s cremains from Defendant’s crematory, learned about the problems at the crematory, they discovered the body of their son was mishandled and not properly cremated. Plaintiffs sued Defendant for the alleged mishandling of their deceased son’s body. Following a jury verdict for Plaintiffs, the trial court entered judgment against Defendant based on the intentional infliction of emotional distress claim but granted his motion for a judgment notwithstanding the verdict on Plaintiffs’ Tennessee Consumer Protection Act (TCPA) and bailment claims. The court of appeals affirmed. The Supreme Court affirmed, holding that the trial court did not err in (1) holding Defendant liable for intentional infliction of emotional distress in the amount of the jury verdict; (2) instructing the jury that they were permitted to draw a negative inference resulting from Defendant’s invocation of his Fifth Amendment privilege during questioning; and (3) dismissing the TCPA and bailment claims.

In 2003, the Leibovitch family was traveling along the Trans-Israel highway near Kalkilya through an area bordering the West Bank. Agents of the Palestine Islamic Jihad crossed from the West Bank into Israel and fired upon the Leibovitchs’ minivan using pistols and a Kalishnikov rifle. The Leibovitchs’ seven-year-old child, an Israeli national, was killed by the gunshots. Her three-year-old sister, an American citizen, survived but was severely injured by bullets that shattered bones in her right wrist and pierced her torso. Two grandparents and two siblings were also in the van during the attack, but survived. In 2008, the Leibovitchs brought suit against the Islamic Republic of Iran and its Ministry of Information and Security under the terrorism exception of the Foreign Sovereign Immunities Act, 28 U.S.C. 1605A, for providing material support and resources to the organization that carried out the attacks. The district court entered default judgment against Iran on the claim for injuries sustained by the U.S. citizen child, but found no jurisdiction over intentional infliction of emotional distress claims by other family members, who are not citizens. The Seventh Circuit reversed and remanded, holding that the Act confers subject-matter jurisdiction over the claims.

Plaintiffs appealed the district court’s grant of summary judgment in favor of Merck in their diversity action alleging wrongful death. Plaintiffs’ son died after being administered a Measles, Mumps, and Rubella vaccine manufactured by Merck. On appeal, plaintiffs contended that the district court erred in applying the standards of the National Childhood Vaccine Injury Act, 42 U.S.C. 300aa-22, to their individual claims for damages. Having concluded that Section 22 of the Act generally applied to limit tort liability in a parent’s claim for individual injuries, the court determined that plaintiffs’ suit was a “civil action for damages arising from a vaccine-related injury or death associated with the administration of a vaccine” and thus limited by the Act. Accordingly, the court affirmed the judgment.