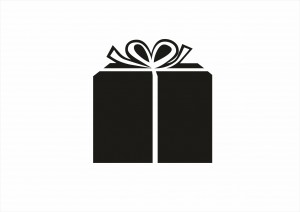 Petitioner, a death row inmate, appealed the district court’s denial of his petition for writ of habeas corpus brought pursuant to 28 U.S.C. 2254. Petitioner contended that he was denied a fair trial by an impartial judge and unbiased jury because the jury gave the judge and the bailiff inappropriate gag gifts at the conclusion of the trial. Petitioner also contended that there was racial discrimination in the selection of the jury. The court held that it was not unreasonable for the Georgia Supreme Court to find that petitioner did not prove purposeful discrimination by the state in the selection of the jury. The court also held, without condoning the regrettable behavior of either, that both the jury and the judge remained impartial and unbiased throughout the trial. Accordingly, the court affirmed the district court’s denial of habeas relief.

Plaintiff-Appellant Clarice Sanchez, a long-time secretarial employee of the United States Forest Service, suffered irreversible brain damage after falling at work. As a result of her injury, Sanchez lost the left half of her field of vision. She requested a hardship transfer to Albuquerque where she could better access ongoing medical treatment. After the Forest Service declined to accommodate her request, she brought suit under the Rehabilitation Act. The district court granted summary judgment in favor of the Forest Service, concluding that Plaintiff was not disabled within the meaning of the Act. Upon review, the Tenth Circuit disagreed and held that Plaintiff raised a genuine issue of material fact regarding her disability. On appeal, the Forest Service urged the Court to affirm summary judgment on an alternative ground. However, the Court declined, concluding that transfer accommodations for the purpose of medical treatment or therapy were not unreasonable per se.

In 2008, Michigan passed the MMMA, Comp. Laws 333.26421, to protect medical marijuana. Any “qualifying patient” who possesses a registry identification card is not “subject to arrest, prosecution, or penalty of any manner, or denied any right or privilege, including but not limited to civil penalty or disciplinary action by a business.” Plaintiff was employed by Wal-Mart for five years before he was terminated after testing positive for marijuana, in violation of the company’s drug use policy. The test was administered on the day after Plaintiff injured his knee at work. Plaintiff was diagnosed with sinus cancer and an inoperable brain tumor at age 17; he experiences constant pain and side effects of medications. In 2008, Plaintiff’s oncologist recommended marijuana; Plaintiff obtained a registry card and maintains that he followed state laws, never used marijuana at work, nor did he work under the influence. Plaintiff sued in state court for wrongful discharge and MMMA violation; defendants removed to federal court based on diversity. The district court denied remand and dismissed. The court held that the store manager, a Michigan resident, was fraudulently joined and that the MMMA does not regulate private employment. The Sixth Circuit affirmed, noting that the manager had no potential liability.

Plaintiffs filed a complaint against Defendants, alleging common law trespass. Plaintiffs argued that by not developing their land in a reasonable manner, Defendants directed and caused storm water to flow upon Plaintiffs’ property so as to cause damage to the property. The trial court sustained Defendants’ demurrer with prejudice, finding that Plaintiffs failed to allege facts sufficient to support a cause of action for trespass. The Supreme Court reversed, holding that the trial court erred in sustaining Defendants’ demurrer, as Plaintiffs’ amended complaint alleged sufficient facts to state a cause of action for common law trespass based upon a violation of the modified common law rule applicable to surface water. Remanded.